Senior Research Fellow in Journalism and the Public Understanding of History 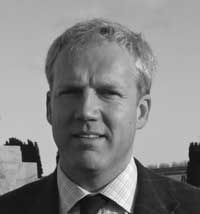 Justin Marozzi read History at Cambridge University, graduating with a Starred Double First. He subsequently studied broadcast journalism at Cardiff University and then took an MA in International Relations at the University of Pennsylvania.

Mr Marozzi began his career in journalism at the BBC World Service and subsequently worked as a foreign correspondent in southeast Asia for the Financial Times and The Economist. He was a Contributing Editor of The Spectator during Boris Johnson’s editorship of the magazine and continues to write for a wide range of national and international publications.

His writing interests focus on the history of the Middle East and Muslim world, together with travel and exploration. His first book, South from Barbary (London: HarperCollins, 2001) was the story of a 1,200-mile expedition by camel across the Libyan Sahara and a history of the desert slave trade. This was followed by a biography of the fourteenth-century Turkic warlord Tamerlane (London: HarperCollins, 2004), researched in Afghanistan, Uzbekistan, Pakistan, Syria and Lebanon, and Faces of Exploration (London: Andre Deutsch, 2006), profiling the world’s greatest living explorers.

Mr Marozzi is a Senior Advisor at Albany Associates, a British communications group that operates in some of the world’s most challenging places. He is an experienced Middle East analyst and a veteran of numerous conflict and post-conflict environments including Afghanistan, Iraq, Somalia, Sudan and Libya, where he has directed commercial security projects and reported for many publications. During the Libyan revolution he advised NATO and the National Transitional Council. Mr Marozzi is a Councillor of the Royal Geographical Society, a member of the UK Government’s Civilian Stabilisation Group and a member of Chatham House.

His most recent book, long-listed for the Samuel Johnson Prize, was The Man Who Invented History: Travels with Herodotus (London: John Murray, 2008). Mr Marozzi is currently researching a history of Baghdad for Penguin.