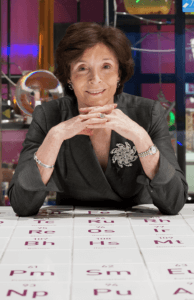 The Chancellor is the ceremonial head of the university.  At The University of Buckingham, we have been fortunate to have many distinguished Chancellors who represent us on the public stage and provide invaluable guidance and advice.

Dame Mary started her career as a physical chemist and taught chemistry at both Oxford and Cambridge Universities, where her research interests centred on sustainable energy production and solar energy conversion. She has written and contributed to various volumes of work concerning solar energy. She is a Companion of the Energy Institute and was awarded the Institute’s Melchett Medal in 2002 and the Eva Philbin Award of the Institute of Chemistry of Ireland in 2007.

Chair of Cambridge University Hospitals NHS Foundation Trust for ten years from 2002 to 2012, Dame Mary was appointed Dame Commander of the British Empire (DBE) for her services to the National Health Service. From 2005 to 2008 she led a pioneer NHS-funded initiative to create patient decision aids for patients with prostate conditions, and later she introduced an information and advice service for bladder cancer patients in Addenbrooke’s Hospital, and across the Anglia Cancer Network. She was a founder director of Cambridge University Health Partners and chaired Imperial College Health Partners External Advisory Board from 2013 to 2017. She currently chairs the Centre for Personalised Medicine at Oxford.

Dame Mary is a very distinguished Chair of the Science Museum Group and its allied museums. As well as being a Companion of the Energy Institute, she is the Patron of the National Energy Foundation and President of the UK Solar Energy Society. She is also an Honorary Liveryman of the Fuellers’ Company and an Honorary Member of the Salters’ Company and she holds honorary DSc degrees from Imperial College London and the Universities of Hertfordshire and Bradford. 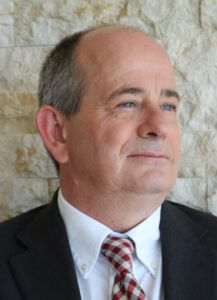 James Tooley, PhD, was appointed Vice-Chancellor at The University of Buckingham on 1st October 2020, where he is also Professor of Educational Entrepreneurship and Policy. For two decades he was professor of education policy at Newcastle University. During those two decades, he also took five years’ unpaid leave, to enable him to foster entrepreneurial projects in education in the developing world, tied to his research. He was previously an academic at the Universities of Oxford and Manchester.

James’ ground-breaking research on low-cost private education has won numerous awards; including gold prize in the first International Finance Corporation/Financial Times Private Sector Development Competition, a Templeton Prize for Free Market Solutions to Poverty, and the National Free Enterprise Award from the Institute of Economic Affairs, London. His book based on this research, The Beautiful Tree: A personal journey into how the world’s poorest are educating themselves”, (Penguin), was a best-seller in India and won the Sir Antony Fisher Memorial Prize. Other of his books include Education, War and Peace and Liberty to Learn.

James has co-founded chains of low-cost schools in Ghana (Omega Schools), India (Cadmus Education), Honduras (Cadmus Academies) and, most recently, in England (Independent Grammar Schools). He is also involved with large associations of low-cost private schools, including as Patron of the Association of Formidable Educational Development (Nigeria) and Chief Mentor of the National Independent Schools Alliance (India).

James’ work has featured in documentaries on American PBS television and the BBC. He has been described in the pages of Philanthropy magazine as “a 21st century Indiana Jones” travelling to “the remotest regions on Earth researching something that many regard as mythical: private, parent-funded schools serving the Third World poor.”

The University Executive Group was established in January 2021. Led by the Vice-Chancellor, it’s the senior advisory body of the University, with corporate responsibility for managing the business of the institution. The UoB Executive meets every week to discuss strategy, policy, and resourcing matters. 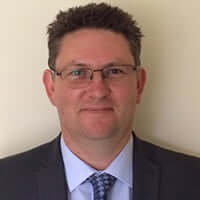 Christopher Payne has more than ten years’ senior and mid-senior management experience in a variety of HEPs, during which time he has developed an advanced understanding of national policy developments in UKHE and their particular application within the Buckingham context. An active member of the AUA, with significant senior contacts across the sector, Chris is currently the University’s AHUA and ARC representative and regularly contributes to debate with sector commentators through his active Twitter profile @chrispayneHE. As a University administrator, Chris’ philosophy is that academic governance and management is best led by people and guided by process rather than the other way around, a culture that is best fostered by means of an engagement and outcomes-driven, rather than rules-driven, approach. Chris is currently undertaking a PhD in Higher Education with a particular focus on the impact of the Regulatory Framework on institutional autonomy. 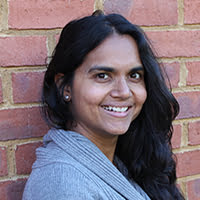 Dr Deba Bardhan-Correia, Dean of the Faculty of Business, Humanities and Social Science

Prior to becoming Dean, Deba was Deputy Dean and Academic Director in the school overseeing all the academic provision and student experience. Deba’s keen interest lies in enhancing the teaching and learning experience for students at all levels.

Born in Kolkatta, India, Deba completed her undergraduate degree in Physics, Chemistry and Mathematics. Following her degree, Deba worked in Sales and Marketing for The Oberoi Group, an international luxury hotel chain.

After being awarded the Commonwealth Scholarship in 2000, she went on to complete her Master’s degree in Service Management with distinction at The University of Buckingham in 2000. Deba then became a Research Associate at the university whereby she undertook research around the topic of student experience in an HE setting. Deba joined the Business School as a full-time lecturer in October 2002 and since then lectured on several business-related modules at both Undergraduate and Postgraduate level in the Business School. Deba’s areas of expertise are Service Management and Cross-cultural Management and she also supervises Master’s and PhD dissertations. During her time in Buckingham, Deba has held significant roles in programme and curriculum management at both undergraduate and postgraduate levels.

Deba’s research interests lie in the area of people and performance in a service setting. Her doctoral research titled, “An examination of the relationship between frontline employees’ perceptions of people management practices and their prosocial service behaviours” explored how management practices influenced frontline employees’ in going the extra mile in an ownership context. 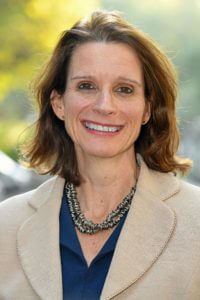 Jo graduated from Charing Cross and Westminster Medical School and has worked in both hospital practice and primary care. She held a partnership in general practice and now works clinically as a sessional GP.

Jo developed an early interest in Medical Education and has been training medical undergraduates for 20 years both nationally and in Singapore.  Jo was the Deputy Head of the Medical School at Imperial College London for five years before being appointed Dean of Medicine at The University of Buckingham in September 2019.

She has a particular interest in medical professionalism as it relates to Fitness to Practise and is a founding member of the UK Council for Teachers of Professionalism.  She is a Fellow of the Academy of Medical Educators, Principal Fellow of the Higher Education Academy and in 2016 was awarded an Imperial College President’s Award for Excellence in Teaching. Jo sits on the Medical Schools Council Assessment Alliance reference panel, standard-setting examination questions for the forthcoming national Medical Licensing Assessment.

Now Dean of the Faculty of Medicine and Health Sciences, Jo is looking forward to strengthening the output of the medical school and developing innovative Allied Health courses with an opportunity to explore interprofessional learning. 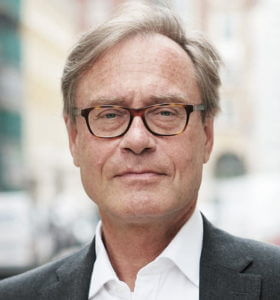 Barnaby Lenon taught at Eton for 12 years, was the deputy head of Highgate School, head of Trinity School Croydon and head of Harrow for 12 years. He then helped establish the London Academy of Excellence in East London, one of the most successful state sixth form Academies, where he is chairman of governors. He is also chairman of the Independent Schools Council and has been a governor of 16 state and independent schools. He is a director of the New Schools Network which helps groups wishing to establish new schools under the government’s free schools policy. He was a member of the board of Ofqual during the implementation of the Gove reforms to GCSEs and A-levels and is now on their Standards Advisory Committee.

He has written six books including, recently, Much Promise about high-achieving state schools and Other People’s Children about the least academic 50% in England. He researches the characteristics of effective teachers in the UK and USA.

Professor Harin Sellahewa, Dean of the Faculty of Computing, Law and Psychology 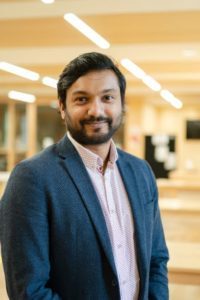 Professor Harin Sellahewa holds a BSc in Information Systems and a DPhil in Computing, both from The University of Buckingham. During the latter stages of his DPhil, he worked as a Research Associate on the EU-funded FP6 project, SecurePhone, led by Professor Sabah Jassim. He then joined the Gray Cancer Institute (now the Gray Institute for Radiation Oncology & Biology, University of Oxford), as a post-doctoral scientist to work with Professor Boris Vojnovic on the award winning CyMap project. Harin’s role was to develop algorithms to automatically detect, count and track cells.