History of the Campus Buildings

The University owns two main sites in Buckingham: Hunter Street (with the adjacent Chandos Road Complex) and Verney Park, a short drive away. When the University took over the Hunter Street site, most of the buildings were in a dilapidated condition, although some were of considerable architectural merit. The buildings were tastefully converted into teaching rooms, offices, libraries, science laboratories, residences, dining rooms and coffee bars. In 2010 work started on the restoration of Prebend House. 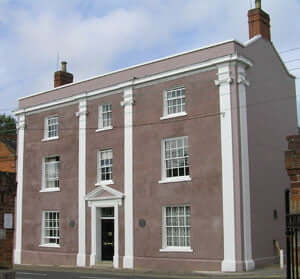 Yeomanry House, one of the University’s listed buildings in Hunter Street

On the Verney Park site, the Franciscan Building, a former friary and school acquired in 1977, was converted into residences, a library, language laboratories and tutorial and lecture rooms. 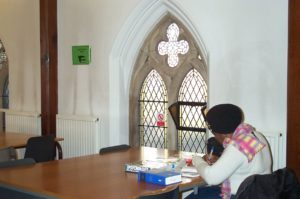 The Law Library in the former Franciscan Building

The period 1982-1985 saw much activity. Cottages in Hunter Street were converted, the Old Town Mill (now Tanlaw Mill) was converted into a dining and social area and a former church became the Radcliffe Centre for music and lectures. Also constructed were a number of purpose-built student halls.

As the University receives no grants directly from the Government, the cost of buildings and other assets has to come from donations and borrowings. Many charitable trusts and foundations, individuals and companies have demonstrated their faith in financial terms and building and conversion continues. Most recently, the Library was extended on the Hunter Street site and a new Postgraduate IT centre was developed, which opened in 2001.