Astrobiology is a relatively new science, and, as the word itself implies, involves the synthesis of two older disciplines – astronomy and biology. Although this is a subject that has only recently become fashionable on the international scene, astrobiology is by no means new – particularly ideas of panspermia that go back to classical Greece and earlier. Professor Wickramasinghe and Professor Sir Fred Hoyle have pioneered a modern version of panspermia (cometary panspermia) since the mid-1970s, evidence for which has grown steadily over the past few years. In fact one could say that Hoyle and Wickramasinghe forged a marriage between astronomy and biology at a time when such a union was thought to be impossible. The first identification of organic polymers in interstellar grains was made by Wickramasinghe in 1974 (Nature,252,462, 1974) and the first association of a biopolymer with interstellar dust was made by Hoyle and Wickramasinghe in 1977 (Nature,268,610, 1977). The first laboratory spectra relevant to identifying interstellar dust as bacteria were obtained by Shirwan Al-Mufti in 1982 (Astrophysics and Space Science,83,405, 1982), and the first detailed modelling showing the possibility of liquid water cores in comets was done by Max Wallis in 1980 (Nature, 220,431, 1980). 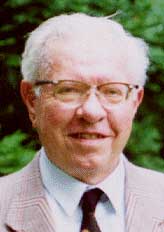 As early as 1980 Sir Fred Hoyle delivered a university lecture at the Sherman Theatre in Cardiff with the title “The relation of biology to astronomy” (University College Cardiff Press, 1980) and in the concluding remarks stated: ….Microbiology may be said to have had its beginnings in the nineteen-forties. A new world of the most astonishing complexity began then to be revealed. In retrospect I find it remarkable that microbiologists did not at once recognise that the world into which they had penetrated had of necessity to be of cosmic order. I suspect that the cosmic quality of microbiology will seem as obvious to future generations as the Sun being the centre of the solar system seems obvious to the present generation.

Since the 1980s major advances in astronomy, biology and geology have vindicated the above-stated point of view. Interstellar and cometary dust have been found to have spectroscopic properties consistent with the widespread occurrence of microbial material. New studies of meteorites from Mars (e.g. ALH84001) have established the feasibility of interplanetary transfer of life. There is now strong evidence for life existing on the earth from 4.0 to 3.9 billion years ago, at a time when the planet was still subject to frequent and violent comet impacts. During this so-called Hadean epoch, in the midst of violent events with a rapid turn-over of nutrients from mineralogic and fluvial processes, the archaea appear to have reigned. There is now strongly supportive evidence that the first terrestrial life may indeed have come as fully-fledged microbes from comets.