Deputy Director of BUCSIS and Lecturer in Security Studies 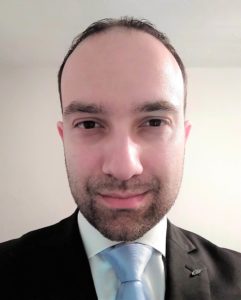 Dr. Vassilis (Bill) Kappis is a Lecturer at the Centre for Security and Intelligence Studies in the University of Buckingham. He holds a Doctor of Philosophy degree (2016) in International Security from the University of Sydney and Master’s degrees in Strategic Studies and European Integration from the Australian National University and the London School of Economics, respectively. Before joining the University of Buckingham, Dr. Kappis undertook post-doc research at the University of Tel-Aviv (2015-2016). His theoretical interests lie in the strategic and psychological aspects of security crises and foreign policy decision-making. In terms of regional expertise, Dr. Kappis is frequently invited to discuss developments related to issues such as the migration crisis, energy security and great power competition in the Eastern Mediterranean. His current research highlights the changing security dynamics in the area, with an emphasis on the impact of American retrenchment and the re-emergence of Russia as a great power. Dr. Kappis is, finally, an awarded academic instructor by the University of Sydney and a member of the Teaching and Learning Politics standing group of the European Consortium for Political Research.