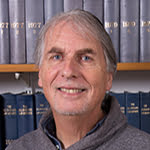 Professor John Hatchard is a Barrister and Emeritus Professor at The University of Buckingham. He is also a Visiting Professor at the UN International Anti-Corruption Academy in Vienna.

He has held senior academic positions at universities in the UK, United States, Zambia and Zimbabwe. He has also served as the Chief Mutual Legal Assistance Officer at the Commonwealth Secretariat. He was also a Senior Fellow at the British Institute of International and Comparative Law and the Director of the University of Detroit-Mercy London Law Program. For many years he was Secretary-General of the Commonwealth Legal Education Association (CLEA) and now serves as a CLEA Vice-President.

He has published well over 100 books and articles in the areas of corruption and money laundering, criminal law, criminal justice and evidence, constitutional law, good governance and human rights, with particular reference to the Commonwealth and Anglophone Africa. He has undertaken consultancy work for a wide range of international organisations, particularly in the field of good governance, combating corruption and money laundering and human rights.