The University of Buckingham enjoys a long-standing relationship with Kenya, with our first Kenyan student having graduated in 1979. Since then we have seen over 130 Kenyan students come to study at our University. Our Kenyan students tell us that the appeal of Buckingham for them is the two year undergraduate programme, which instills a work ethic that takes them far in their careers. They are also quick to mention the beautiful, tranquil campus and the close-knit community, not only on campus but also within the town of Buckingham.

What our students say

We currently have a dozen Kenyan students studying in all four of our academic schools, and this is what one of our students, Natasha Khan, has to say about her time so far at Buckingham:

I was born in Kenya and I’ve lived there my whole life (until I came to Buckingham). The capital Nairobi, where I live, has a fairly small community. I basically know everyone – from the same social status – and that sort of makes Buckingham an easier place to live in. We’re used to a rural setting. Yes, there are parts in Nairobi that remind you of a city but you can never compare to a place like Kenya.

I found it easy to fit in because I was lucky enough to coincidentally share an apartment with another Kenyan student.

We used to have dinners where we would get together and make the traditional dishes. I did just receive an email from another Kenyan student who wants us to get together again.

In order to study at foundation level you will need to have undertaken 12 years of education and attained:

Alternatively, as proof of English language proficiency you would need:

In order to study at undergraduate level (Bachelor’s degree), you will normally need to have attained one of the following:

In order to study at postgraduate level (Master’s degree), you will normally need to have attained:

Our alumni have gone on to have very successful careers in various industries, including: banking and financial services; legal services; conservation; voluntary sector, charities and non-governmental organisations; pharmaceuticals; media; local government; transport and logistics; commodity trading; medicine; agriculture; civil engineering; religious leadership; information technology. This is what some of our alumni have gone on to do with their lives, and also what they have to say about their time at Buckingham.

After completing his BSc in Marketing with Psychology in 2009, Frank took a position at John Lewis Partnership in Milton Keynes as a Selling Partner. Frank is shortly due to return to Buckingham to undertake an MPhil/DPhil in Business.  This is what Frank has to say about his experience of Buckingham:

Buckingham fast tracked my career goals! Seriously, two years at university is all I needed to study while experiencing student life in a foreign country. 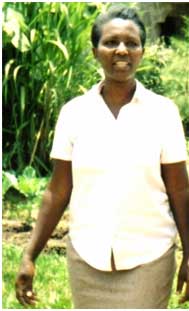 After joining the Psychology with Legal Studies programme at Buckingham, Eunice went on to pursue Peace Studies at the University of Bradford, and subsequently an MA in International Conflict Resolution at the University of Kent. Eunice is now coming to the end of her PhD which is about the impact of small arms and light weapons on women and children amongst the pastoralist communities in North East Africa. Eunice spends most of her time working with this community in Kajiado County and hopes in the future to establish schools and medical facilities within these areas with a view to enabling the communities’ access to affordable and good quality services.

At the moment Eunice is in Kenya lecturing undergraduate International Relations modules at the United States International University-Africa.

This is what Eunice has to say about her experience of Buckingham:

Buckingham was a most wonderful experience for a child of Africa! It’s the most hustle-less university to study. The local people are amazing, kind to foreign students and very friendly. Bucks was home away from home!

I began studying Law in Buckingham in 1978, and then switched to the new course Biology and Society in 1979, graduating in 1981. Since then I have been a constant student. I retrained as a Nurse and graduated in 1994 with the RGN qualification and a Diploma in Higher Education. I went on to specialise in Infection Control (Dip Infection Control), undertake an MSc in Public Health and am currently writing up my dissertation for my MSc in Health and Management. I went from being a student nurse to a Consultant Nurse in just over 10 years.

I now work at Western Sussex Hospitals NHS Trust and my job entails managing and developing the Infection Control service over three hospital sites. I have also developed an IV therapy service, Infection Surveillance service and a Continence service, all which I manage along with the Infection control team. I also work with the PCT and the Strategic Health Authority where I am a clinical expert resource.

Alongside my clinical work, I have singlehandedly developed an accredited level 3 Infection Control University module which now runs at the University of Brighton. I also teach widely on several university modules up to MSc level and have published and spoken at conferences.

To summarise my Buckingham experience would be to say that I enjoyed my time there very much. It was a very steep developmental and learning curve which has stood me in good stead for the past three decades and given me a thirst for knowledge which I have tried to pass on to my family and also my work colleagues.

I was at Buckingham from 2008 to 2011; I did the International Foundation Programme, LLB law degree and LLM master’s. I finished in 2011 and now I am looking at my options. I want to work for Non-Governmental Organisations with a view of starting my own in the future. Otherwise I shall go to law school, either here in Kenya or in New York and go on to practise. I also write and am working on a few projects.

The University of Buckingham (or Bux as we call it) will always be close to my heart, I went there as a raw 19-year-old and left as a mature 23-year-old with a master’s degree. My discipline, maturity and vision all developed there. I made long lasting friends and contacts all over the world, and had an irreplaceable experience.

I pursued an LLB (Laws) Honours programme during my time at Bucks as we fondly referred to it during my time there, and graduated in March 2000.  I had by then been accepted to pursue a Postgraduate Diploma in Legal Practice Course at DeMontfort University. I then returned to Kenya to pursue the Diploma in Advocacy at the Kenya School of Law.  This involved undertaking articles of pupilage within a Legal Practice of an Advocate of the High Court of Kenya and a penultimate 3 month period of lectures at the Kenya School of Law at the end of which I took exams.  I was admitted to the Roll of Advocates of the High Court of Kenya in 2002.

I came back to the UK on invitation, in mid-2002, for a voluntary work experience opportunity within the Claims Department of a Lloyd’s of London Syndicate/Broker.  I have since then worked in insurance companies primarily focusing on how new/current legislation in the UK impacts underwriting of various classes of insurance business and the effect that this has on premium rates.

The University of Buckingham was a pivotal and crucial stepping stone to all the possibilities that have opened up for me.  I have very fond, enjoyable memories of the diverse multi-cultural student life and the warmth of the lecturers and staff in general. If I were to move back in time and go back to university again I’d definitely return to Buckingham!

We work closely with counsellors and overseas representatives who can advise you on how to apply for your degree as well as in completing your visa application.

You are not obliged to make an application through an agent but we strongly recommend that you consult with them if you require a visa counselling service. The International Office may be able to assist you with your application and let you know what documentation you need to prepare but are unable to offer advice on visas.

Representatives from The University of Buckingham travel to Kenya about twice a year during spring and autumn.

If you wish to come and visit Buckingham campus and meet with an academic this can be arranged by emailing the International Officer.