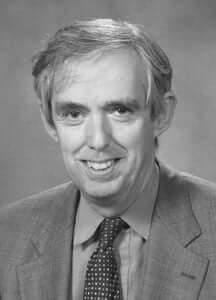 Andy Boyd was educated at Britannia Royal Naval College, Dartmouth, and St John’s College, Oxford, where he graduated in Politics, Philosophy and Economics.  He served as a submariner in the Royal Navy before joining the Foreign and Commonwealth Office in 1980.  In his Foreign Office career, he specialised in defence and security issues, including counter-terrorism, and had overseas postings in Ghana, Mexico and Pakistan.  He retired as a senior Director in 2005.  He subsequently worked for the defence company QinetiQ plc as National Security Adviser.  In the latter part of his FCO career, and in QinetiQ, he was closely involved in mobilising technology and academic research to meet new national security challenges.

Andy specialises in 20th Century naval history.  He joined the Buckingham Military History MA programme in 2011 and was subsequently awarded a Flick research fellowship to undertake a DPhil which he completed in 2015.  His first book, The Royal Navy in Eastern Waters: Linchpin of Victory 1935-1942, will be published by Seaforth in March 2017.  He is currently researching the history of British naval intelligence.