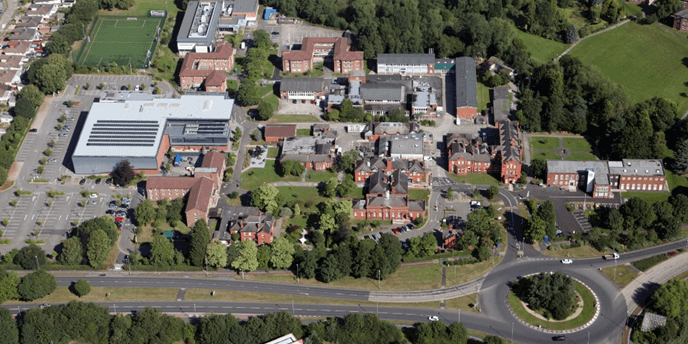 How to get to our Crewe Campus

Crewe is a railway town and civil parish within the borough of Cheshire East; 35 miles (56km) south of Manchester and 158 miles (254 km) north of London. It has excellent road and rail connections to both the north and south of England, as well as to North Wales.

Our university campus is less than a mile from Crewe Station.

You can reach Crewe from London Euston, in just over an hour and a half using Avanti West Coast services towards Manchester Piccadilly / Liverpool Lime Street / Chester; there is also a West Midlands service towards Crewe which takes just over 2 hours.

From the north-west, you can use the reverse Avanti West Coast services towards London Euston from Manchester, Liverpool and Chester.

From Heathrow airport, take the Heathrow Underground to London Euston. Then take an over ground train route north, as outlined above.

From Gatwick airport, take bus 26 from the North Terminal (stop 4) to Stockwell Station, followed by the Underground (Victoria line) to London Euston. Then take an over ground train route north, as outlined above.

From Manchester airport, there is a Northern train every hour from the airport train station to Crewe; the journey takes approximately 40 minutes.

From Birmingham airport, there are four services an hour from Birmingham International to Crewe; journey times vary from 1 hour 11 minutes to 1 hour 31 minutes.