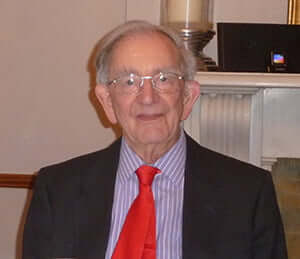 Professor Philip Pettit was Dean of Law for several years retiring from Buckingham in 1990. He had a significant impact on the shaping and the development of the school in the early days. Professor Pettit continued to play an active role in the school for many years continuing to serve on the Editorial Advisory Board of the Denning Law Journal of which he was the founding General Editor and most recently generously donating his entire collection of the All England Law Reports to the Law School which he delivered in person.

He was Professor of Equity at the University of Bristol from 1966 to 1983 when he took early retirement and moved to the University of Buckingham as Professor of Equity and sometime Dean. He was for many years one of the country’s leading lights in legal studies, and served as President of the Society of Public Teachers of Law. For generations of law students “Pettit” was his magnum opus Equity and the Law of Trusts, which was first published in 1966 and which he personally saw through twelve editions, with the final edition being published in 2012 when he was 87.

Professor Philip Pettit, legal scholar, was born on 28 February 1925. He died on 28 November 2017, aged 92. Professor Emeritus Robert Pearce who joined the University in 1989 and is the author of Pearce & Stevens’ Trusts and Equitable Obligations remembers working closely with Professor Petitt. Professor Judith Bray who also worked with Professor Petitt remembers how “He was able to explain even the more complex principles in a very clear and accessible manner which was appreciated by generations of law students…”

A funeral service will be held at Oakley Wood Crematorium in Warwickshire on Wednesday 13 December, at 13:30 for anyone who may be interested in attending.