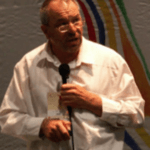 Dr Stephen Wilkinson is Lecturer in Politics and International Relations and Chairperson of the Humanities’ School Teaching and Learning Committee. Stephen is considered one of the UK’s leading experts on Cuba and US-Cuba relations. He has been travelling to and writing about the island since 1987.

Stephen writes frequently and is published widely on such questions as the history of European and US – Cuba relations, Cuban attitudes and policy towards homosexuals and the nature of the Cuban state. His article ‘A perfect impasse: Cuba’s move towards the market and the United States’ move towards Cuba’ published in the journal Economic Affairs was one of Wiley publishers’ top twenty most downloaded articles of 2017-18.

Among his other commitments, Stephen lectures at King’s College London and consults on a variety of media projects related to the island. He frequently appears on television and the radio discussing Cuba matters.

Stephen is currently researching a book on the origins of Cuban nationalism. He currently has two articles out for review on the Cuban economy and the question of leadership in Cuba, written in collaboration with colleagues at the University of Southampton and Solent University. A Chapter co-written with Dr Denise Baden on ‘Corporate Social Responsibility in Cuba’ is to be published in the forthcoming Current Global Practices of Corporate Social Responsibility, Samuel O. Idowu (ed.) Springer International 2019.