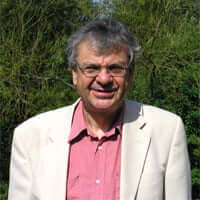 Before coming to Buckingham, Professor John Clarke spent a number of years at Oxford. He read history at Wadham College and graduated with first class honours. He was then elected to a Prize Fellowship at All Souls College. In the early 1970s, he completed his doctorate on social and economic history in the early 19th century. Professor Clarke has published books on George III (1972), England in the Age of Cobbett (1977), British Diplomacy and Foreign Policy (1989) as well as others on local history. As a person whose family has lived in the area for generations (his great-grandfather was a village blacksmith at Lillingstone Dayrell) his work on the history of the towns of Brackley and Buckingham has been greatly appreciated by the local community. Professor Clarke has been associated with The University of Buckingham and its predecessor, the University College at Buckingham, from the start of the project in 1976. He was Dean of Admissions and Senior Lecturer in History. In the latter capacity he helped to set up the degree programme in History, Politics and English Literature and later the single honours programmes in History and English. He became Professor of History in 1999. John Clarke has taught undergraduates at Wadham, Brasenose, Worcester, Balliol, St Hugh’s and St John’s Colleges in Oxford and has also supervised the work of several graduate students. He believes that research and writing are essential attributes of effective undergraduate teaching.