SL in Politics and Director of Programme 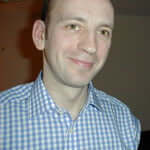 Dr Paul Graham is Senior Lecturer in Politics and Director of Programmes in International Studies; he also convenes the MA in United Nations and Diplomatic Studies. He graduated from Exeter University, has an MSc and PhD in political theory from the London School of Economics and previously taught politics at Glasgow University (1995-2013). He has written a book on John Rawls (Rawls, Oneworld Publications, Second Edition 2016), jointly published a textbook on political theory (Introduction to Political Theory, Third Edition, Routledge, 2015), and also has an interest in the work of German literary theorist and essayist Karl Heinz Bohrer (especially his discussion of the concept of decadence).

Dr Graham teaches the following modules: Freedom; Introduction to Political Theory; Political Psychology; Evolution and Human Cooperation. He welcomes enquiries from current and prospective students about the degree programmes Buckingham offers and anybody interested in his writing and research.

Paul Graham, “The Transcendence of a Border: How West German Intellectuals Debated Reunification”, Journal of Communist Studies and Transition Politics 16.4 (2000), 21-44