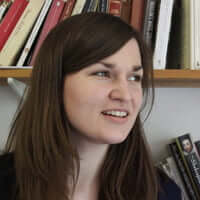 Hazel Mackenzie was educated at the Universities of Glasgow and York, and was a guest lecturer at the University of Strathclyde. She worked in academic publishing for three years before being appointed as Senior Editor on the Leverhulme-funded Dickens Journals Online project at Buckingham in 2011. She is now a Lecturer in English Literature in the Department.