In a rapidly changing legal climate, negotiation is a skill that is vital to any career in law. The need and desire to reach settlements outside of court has never been greater than it is in the modern day.

Participants in negotiation competitions are given a common set of facts, known by all the parties, and confidential information that will only be known to the participants representing a particular side. The overarching aim is for an agreement to be reached that would be suitable for both parties. Participants receive credit for teamwork, concession management, observation of ethics and the eventual outcome.

Even for those who do not eventually pursue a career in law, negotiation can be an invaluable skill. Business, finance and management careers will draw upon the skills required by a good negotiator. 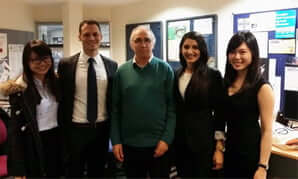 Negotiation competitions are conducted within law schools, at a regional level (among teams representing their respective law schools in the region) and at the national level (for teams qualifying for the final competition) in which law students, acting as lawyers, negotiate a series of legal / commercial issues. The winners of the National Competition represent England & Wales in the International Negotiation Competition.

In 2015, 4 students who were the champions and runners-up of the internal negotiations competition represented the Law School at the regional heats held at the University of Surrey. One of the teams placed third and will be competing in nationals in April at the University of London. 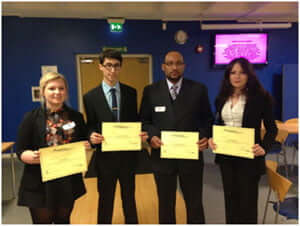