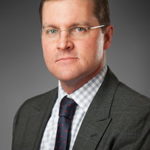 As a Bermudian, I heard about Buckingham many years ago. My brother and many other Bermudian lawyers are Buckingham graduates. After working for a number of years in the former Soviet Union (Moscow, Almaty, Tashkent and Baku – primarily for George Soros’ Open Society Institute but also with a US telecommunications company and for USAID), I decided that I wanted to retrain as a lawyer, with a view to changing careers and returning to Bermuda.

Buckingham was a sensible option: I wanted to do an LLB rather than a CPE/GDL, but with a family to support I wanted to obtain my degree as efficiently as possible. The winter and summer breaks were long enough to recover from exams, and I managed to get some legal work experience in Bermuda during my second summer, something which was invaluable in my job search.

A surprising benefit of the university was the town of Buckingham itself. Everything was within easy reach. We lived on Chandos Road, so both campuses were within 5 minutes by bike, and our kids went to Grenville School. We were so comfortable in Buckingham that we stayed for an extra year, while I commuted to London to do my LPC at City University’s Inns of Court School of Law.

Thanks to a great extent to help from law lecturers and Buckingham’s Careers Service, I had training contract offers from three firms in the City: a Magic Circle firm, a mid-market firm and a US firm. I chose the US firm and stayed there for nearly four years after I qualified. When that firm collapsed spectacularly in spring 2012, I was happy and very relieved to accept an offer to join Cleary Gottlieb.

I am a finance lawyer. At my old firm that meant doing a lot of work for Russian banks. Work at Cleary is much more varied, thankfully. Matters I have been involved in include:

I have also spent over a year on secondment at two investment banks in London: seven months with an EMEA finance team at Deutsche Bank in 2011 and nearly eight months with a private equity team at HSBC in 2014.

I embarked on my LLB at Buckingham with thoughts of returning to Bermuda, but I have found working in the City to be interesting, challenging and rewarding enough to keep me in the UK.