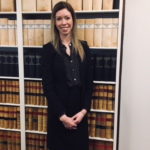 During my time at Buckingham, I was an active member of the University Running Club.  My participation in the Club provided me with the opportunity to meet students and lecturers from different faculties at the University and become friends with many whom I would not normally have had the opportunity to associate with, which allowed me to build many lasting friendships.  Being part of the University Running Club provided me with a sense of “belonging” with the University, as well as being an excellent opportunity for me to get to explore Buckingham and surrounding area on foot, seeing things I would not normally have had the chance to see.

I feel that my time at The University of Buckingham provided me with a solid foundation upon which to build my legal career and I believe the opportunities that have presented themselves to me following my time at the Buckingham, are in a large part due to the excellent education I received.