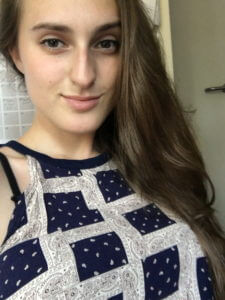 My time at Buckingham Law School was an incredibly rewarding experience, where I was able to meet some wonderful people, create life-long memories, and graduate with a First Class Honours in 2020.

My initial attraction to join The University of Buckingham stemmed from a combination of the ability to start my academic year in January, while studying for my degree at an accelerated rate of two years. As I was transferring from my previous university in New Zealand, this both coincided perfectly with the end of my previous academic year, and allowed me to save valuable time in pursuit of my LLB degree.

Due to my LLB degree combining Law with Spanish, in theory I was unable to take any elective law modules. However, I was very interested in studying commercial law (an elective module), so I talked to my personal tutor and requested to enrol in the module extramurally, in addition to all of my mandatory modules. The law faculty was very understanding, and my request was accepted, for which I am grateful, as commercial law became my favourite module that I studied at UoB. Not only that, but that semester I achieved first class results in all four of my modules: Tort Law (74%), Land Law (77%), Spanish 7 (72%), and Commercial Law (77%). As a result of my performance, I received the prizes for best performance in each of the aforementioned law modules, and the 2019 MFL Prize for Spanish 7. This is an achievement that I am incredibly proud of, and one I would not have accomplished were it not for the support of my lecturers and the passion with which they taught their subjects.

An aspect of life at the university that I was especially excited to engage in was the Street Legal programme, which allows students the opportunity to get invaluable experience in various legal placements. I was lucky enough to be chosen for two of these placements: one shadowing Judge Mayo and Judge Fowler at the Northampton Crown Court, and a mini-pupillage at New Square Chambers. Outside of the Street Legal programme, there were also many internal events and experiences that I was able to engage with, including advocacy masterclasses with Ivan Lawrence QC, a lecture by barrister Peter Marcus, and workshops on topics such as mooting, negotiation, public speaking, CV writing and interview skills. These resources allowed me to greatly improve skills that will prove essential as I further my legal career.

I am currently working as a legal intern at BNP Paribas – a position that I was made aware of solely due to it being promoted to us by one of our lecturers. I am very grateful for this opportunity, as it has allowed me to expand my career horizons to areas of the law in which I had no prior experience, and given me the opportunity to network with notable figures at a major international bank.