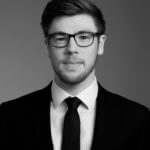 As a German, I chose to study for a law degree in the UK for two principal reasons. First, I wished to consolidate my language skills. Secondly, studying English Law particularly interested me, as it is a highly prevalent legal system globally, under which significant commercial activity is conducted. I, therefore, knew this path would open significant career opportunities for me.

The University and its Law School attracted me for three main reasons. First, being German I had to complete nine months of national service before starting University, so the two year LLB allowed me to obtain my degree in an expedited fashion, regaining valuable time. Secondly, the student-staff ratio at Buckingham allows them to offer tutorials with five or six students at most, which has allowed me to have a focused and tailored learning experience. I also discovered that many of the lecturers make the effort to get to know you by name and take a personal interest in your progress. They were very approachable and went far beyond the expected in providing assistance, with very detailed and constructive feedback on work and job applications. They continually helped me to progress through constant challenge and feedback. Thirdly I liked the international student body Buckingham attracts, allowing for a multicultural international experience.

During my time at the Law School, I was actively involved in the Law Society, serving as Executive Member, Secretary and Vice-President, and was also elected Undergraduate Representative to Senate and Council. This involvement on the administrative and political level of the University allowed me to actively participate in shaping the university experience, and I learned a lot about organisation, planning and leadership. The Law School, academics and even the Vice-Chancellor were always approachable whenever I had a request, complaint or issue that needed the University’s attention.

I completed an LLM at UCL to deepen my legal understanding and, following a vacation scheme, I am undertaking a training contract at Herbert Smith, the leading London law firm.

In summary, I learned a lot at Buckingham, a time which was shaped by my lecturers and tutors and other people I was fortunate to meet during my studies.