Over the years, the University has been pleased to confer honorary degrees to a wide range of distinguished individuals from all walks of life, who have made major contributions in their particular field. This includes people from academic life, politics, law and society in general, both within the UK and internationally. We are particularly delighted that some of our honorary degrees have been conferred upon our former students.

View the most recent honorary graduates of The University of Buckingham below: 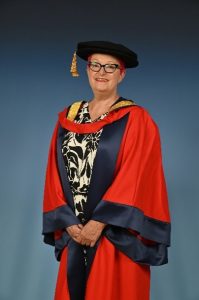 Passionate about technology as an enabler Sue didn’t have a traditional start to her career. She left home and school at 16, married at 20 and had 3 children by the age of 23. A single parent at 25 she went to university, gained a degree in computing then a PhD in software engineering. Sue now has 4 children and 6 grandchildren. 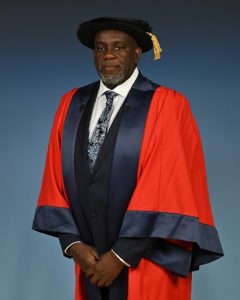 Dr Tony Sewell CBE is currently the chair of the charity Generating Genius, which he founded in 2004. The charity finds students from low-income backgrounds, who are particularly talented in STEM subjects and supports them through their Secondary school until they apply to university. He has served on the board of the Learning Trust in Hackney and was part of the team that transformed Education in that borough. He has also served on the board of the Science Museum and the Youth Justice Board.

Tony has worked as a lecturer at the University of Leeds and Kingston University. His work in Jamaica has been extensive as a teacher and a manager of many successful youth projects. He has worked as a columnist for the Voice and the Daily Telegraph. Dr Sewell has recently chaired the government’s independent Race and ethnic disparities Commission. In 2016 he received a CBE for his contributions to youth and education. 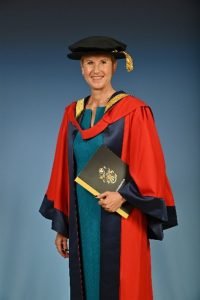 Susanne Klatten graduated with a Bachelor’s Degree with honours at the University of Buckingham, later an MBA at the IMD in Lausanne, is an entrepreneur and member of the supervisory boards of ALTANA AG, BMW AG and SGL Carbon SE.

With her investment company SKion, Susanne strengthens European companies as drivers of innovation. In 2016, she launched the SKala initiative, which supports around 100 non-profit organizations that demonstrably achieve a great social impact. Susanne is founder of the UnternehmerTUM, with more than 50 technology start-ups each year, the leading centre for innovation and business creation in Europe. 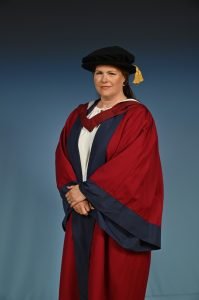 Dr Jo Saxton became the Chief Regulator of Ofqual on 18 September 2021. She brings a decade of experience in school leadership to the role. She has been a government advisor and was formerly an academic. Jo held senior roles at multi-academy trust Future Academies and founded Turner Schools in 2016, leading it as Chief Executive until 2020.

Jo was an external advisor to the Department for Education and Ofsted on various policy areas from 2008, and became policy advisor for the school system to the Education Secretary from 2020 until 2021. Jo served as a Trustee of the New Schools Network, as a Trustee of The Brilliant Club, and as an Ofqual Board Member from 2018 to 2020.

Jo taught and examined at universities in the United Kingdom and the United States of America. She holds several academic qualifications including a PhD from New York University and an undergraduate degree from Cambridge University. Jo is also a published art historian. 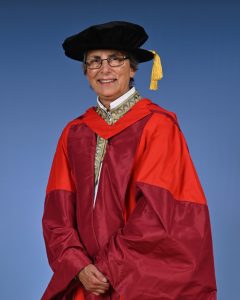 Parveen is an Emerita Professor of Medicine and Education at Barts and the London, Queen Mary University of London. She qualified in medicine at St Bartholomew’s Hospital Medical College after completing an intercalated BSc degree.

She worked in the NHS as a gastroenterologist and physician and her research was in small bowel disorders, particularly coeliac disease. She cofounded and co-edited the textbook, Kumar and Clark’s ‘Clinical Medicine’, which is used across the world. She has been President of the British Medical Association, the Royal Society of Medicine, the Royal Medical Benevolent Fund, and the Medical Women’s Federation. She was Vice President, (academic), censor, and Director of CPD of the Royal College of Physicians.

She chaired the Medicines Commission UK and was a founding Non-Executive Director of the National Institute of Clinical Excellence (NICE). She chaired the Bupa Foundation and the BMA Board of Science. She has championed the role of women in medicine, helped ethnic minorities and refugees in this country and been involved in humanitarian work.

Currently she is a non-executive director of an Acute hospital Trust, Ambassador of the UK Health alliance for Climate change and a trustee of many charities. Her current main interests remain in climate change, medical education, and Global health (ed Book on Essentials of Global health). She has received many prizes and hon degrees, the BMA Gold medal 2008 and the BMJ award for the Outstanding contribution to health 2019. She was awarded CBE in 2000 and DBE in 2017 for services to Medicine.

Details of honorary graduates going back to the early years of the University can be found below: