Lord Bramall’s distinguished service began as a soldier on the Normandy beaches and on the battlefields of north-west Europe near the end of the Second World War, where his heroism gained him the Military Cross at the age of 21. He served in post-war Japan and as a member of staff to Earl Mountbatten as well as being on the planning staff for Suez.

He played a key role in the War Cabinet as head of the Army during the Falklands War and was cited for “his personal courage, inspired leadership and cool head” which were decisive in securing victory in the War, which earned him the award of a Field Marshal’s baton and appointment as Chief of the Defence Staff. He was invested as a Knight Companion of the Order of the Garter by the Queen in 1990.

A talented artist, he is unique in the annals of British generalship for having two paintings selected for exhibition at the Royal Academy, while still at school.

Read the Laudatio for Lord Bramall.

Eliza Manningham-Buller is the chair of the Wellcome Trust, one of the world’s largest charitable foundations. She joined MI5 in 1974 at the height of the Cold War. She served as MI5’s senior liaison officer to the US intelligence community in the early nineties. On her return to London she was appointed to the Board of MI5 and served as Director in turn for technical operations and surveillance, for Irish counter-terrorism. In 1997 she was promoted to Deputy Director General with responsibility for operations and to Director General in 2002.

After leaving MI5, she became a cross-bench peer. She joined the Council of Imperial Council and became its Chair. She gave the Reith Lectures and became a Lady Companion of the Order of the Garter in 2014. 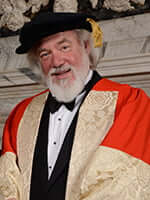 Sir John Tomlinson has had a long career as an operatic bass, making his professional debut in 1971 at the age of 24 and still performing regularly at the age of 70. He is particularly known for his portrayals in Wagner’s music dramas, notable Wotan, Hans Sachs, Gurnemanz and Hagen. Early in his career he was known for his performances in operas by Handel and Mozart. In recent times he has ventured into new works by contemporary composers – Birtwistle, Ades, Dean, Henze; he has always enjoyed the great Russian Bass roles – Boris Godunov in particular. He has sung on most of the great opera stages of the world. 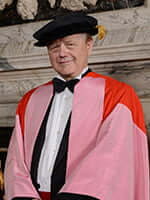 Nicholas Rodger is a naval historian. He was Anderson Senior Research Fellow of the National Maritime Museum before moving to Exeter University as Professor of Naval History. In 2008 he became a Senior Research Fellow of All Souls College, Oxford. He is a Fellow of the British Academy, and has won the Duke of Westminster’s Medal for Military Literature, the British Academy Book Prize (both 2005), and the inaugural Hattendorf Prize for Naval History awarded by the US Naval War College in 2011. 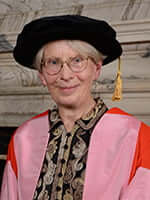 Jane Heal (was Kneale) is daughter of a pair of Oxford philosophers William Calvert Kneale and Martha Kneale. After two years of post-doctoral study in the US, at Princeton and Berkeley, she was appointed to a Lectureship at Newcastle University. She returned to the University of Cambridge as a lecturer ten years later. In 1999 she became the first female President of St John’s College, Cambridge. She was elected a Fellow of the British Academy in 1997 and was also President of the Aristotelian Society from 2001 to 2002. Heal has written extensively on the philosophy of mind and language.