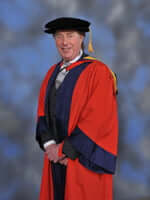 Sir Ivan Lawrence is one of Britain’s leading criminal lawyers, having practised at the Bar for over 50 years, 32 of them as Queen’s Counsel and 19 as a Crown Court Recorder. He has defended in 90 murder trials, including the notorious Kray twins, the serial killer Denis Nilsen, Russell Bishop for the Babes in the Wood murders, and the trials of the Brinks-Mat gold bullion robbery, and of Yugoslav war crimes. Prominent in international human rights, he is an Inner Temple Bencher, Fellow of the Society of Advanced Legal Studies and a former member of the Bar Council. Sir Ivan was also an influential Member of Parliament for 23 years, serving with parliamentary committees on employment, social services, crime and foreign affairs. In 1992 he was elected Chairman of the prestigious Home Affairs Select Committee, urging law reforms since introduced. Chairman of the Commonwealth Parliamentary Association (UK branch), he served on the Executive committee of Conservative backbenchers, and his Private Members Bill initiated the most successful National Lottery in the world. A Freeman of the City of London, he was knighted in 1992 for political service.

Sir Ivan has been a Visiting Professor of Law at The University of Buckingham since 2003.

Stephen O’Rahilly is Professor of Clinical Biochemistry and Medicine at the University of Cambridge and Honorary Consultant Physician at Addenbrooke’s Hospital, where he led the establishment of the Institute of Metabolic Science, which he now co-directs. Professor O’Rahilly is Scientific Director of the Cambridge National Institute for Health Research Biomedical Research Centre. Qualifying inMedicine from University College, Dublin, he undertook post-graduate training in London, Oxford and Boston before setting up his laboratory in Cambridge in 1991. Professor O’Rahilly has sought to better understand the molecular and endocrine disorders, and remains active in clinical practice and in the teaching of medical students.

The winner of many national and international awards, including the Heinrich Wieland Prize and the Inbev Baillet Latour Prize, Professor O’Rahilly was elected to the Royal Society in 2003 and as a Foreign Associate of the National Academy of Sciences USA in 2011. 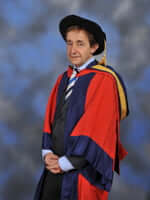 Anthony Seldon is an authority on contemporary British history and headmaster of Wellington College, one of Britain’s most famous independent schools. He is also author or editor of over 25 books on contemporary history, politics and education.

After gaining an MA at Worcester College, Oxford, and a PhD at the London School of Economics, he qualified as a teacher at King’s College, London, where he was awarded the top PGCE prize in his year. He also has an MBA. He has worked at five schools: Whitgift School, Tonbridge School, St Dunstan’s College, Brighton College and Wellington College, where he became 13th Master in January 2006. He is Professor at the College of Teachers, a fellow of the Royal Historical Society and of the Royal Society of Arts.

Dr Seldon, with Professor Peter Hennessy, founded the Institute of Contemporary British History; and the Action For Happiness with Lord Layard and Geoff Mulgan.

His books and lectures on education include Public and Private Education: The Divide Must End (2001); Partnership not Paternalism (2002); An End to Factory Schools (2009); Why Schools? Why Universities? (Cass Lecture, 2010); and Why the Development of Good Character Matters More Than the Passing of Exams (Priestley Lecture, 2013).

Dr Seldon appears regularly on television and radio and in the press, and writes for several national newspapers. His views on education have regularly been sought by the government and political parties. For ten years he has organised conferences which have helped set the education agenda. He is a passionate exponent of co-education, the International Baccalaureate, independent education, the teaching of happiness / well-being and the development of the all-round child. 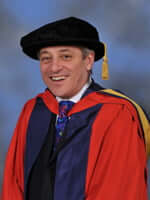 John Bercow was born in Edgware, Middlesex, in January 1963. He grew up in London and graduated from the University of Essex with a first class honours degree in Government in 1985. He was a member of the Conservative Party from 1980 until – in accordance with convention – he rescinded his party membership in 2009 on becoming Speaker of the House of Commons.

John is the local Buckingham MP. He married Sally Illman in 2002 and they have three children: Oliver, Freddie and Jemima. 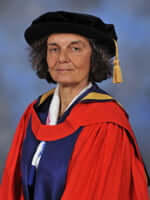 She was Pro Vice-Chancellor at the University of Catania (1994-1999), a member of the Italian National Public Works Authority (1999-2004) and also a member of the Public Finance Advisory Committee at the Italian Treasury (2007-08). Currently Professor Rizzo is President of the National Independent Commission for Evaluation, Transparency, Integrity of Public Administration – National Anti-Corruption Authority (CiVIT).