The Rt Hon the Lord Judge
Degree of Doctor of Laws 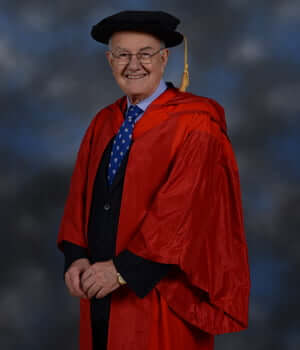 Igor Judge was born on 19 May 1941 in Malta, where he was educated until 1954. Thereafter he attended the Oratory School in Woodcote where he was Captain of School and Captain of Cricket, a continuing source of interest. He was awarded an Open Exhibition to Magdalene College Cambridge in 1959, where he read History and Law. While at Cambridge he entered the Honourable Society of Middle Temple and was subsequently called to the Bar in 1963.

He was President of the Selden Society from 2009-2015. He has been awarded several honorary degrees. These include a Doctorate of Law at Cambridge University, and a Doctorate of Laws at King’s College London where, since 2013, he has been a Dickson Poon Distinguished Visitor and Visiting Professor.

In 2014, with Anthony Alridge QC, Lord Judge was the author of Magna Carta Uncovered and in 2015, a collection of his lectures and speeches The Safest Shield, was published.

Mr Lloyd Dorfman
Doctor of Science of the University 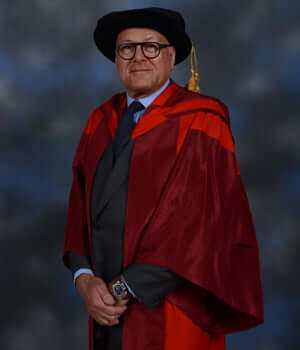 Lloyd Dorfman is an entrepreneur and philanthropist. He is the Founder and President of the Travelex Group, the world’s largest provider of retail foreign exchange services which he sold in 2014.

Today he has a variety of business interests. He is Chairman and majority shareholder of The Office Group, the leading flexible office company. In 2014 he co-founded and became Chairman of Doddle, a retail business which enables sellers to despatch, and buyers to collect and return, their online shopping.

In the charity sector, Lloyd Dorfman is Chairman of both the Prince’s Trust and Prince’s Trust International. He is also a Trustee of a number of other charities, including the Royal Opera House and the Royal Academy Trust. He served on the Board of the National Theatre for over nine years and one of its theatres – the Cottesloe – was renamed the Dorfman Theatre in 2013.

In 2008, Lloyd Dorfman was appointed CBE for services to business and charity. 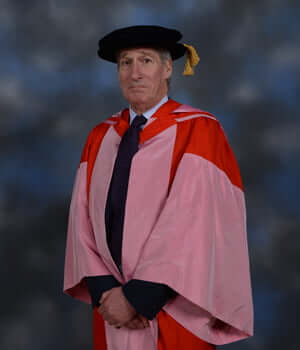 Jeremy Paxman is a journalist in print and on screen who has reported from all over the world. For 25 years he presented Newsnight and is currently a Contributing Editor at the Financial Times. He has written ten books and made many documentaries. He was born in Yorkshire and is a graduate of St Catharine’s College, Cambridge. On a shelf in his study he has trophies of varying degrees of attractiveness gathering dust. They have been presented to him by BAFTA, the Royal Television Society, the Media Society, the Variety Club, the British Journalism Review and the Voice of the Viewer and Listener. He also frightens students on University Challenge, goes fly-fishing as often as he can and has given up trying to explain what is so clever about a representative of homo sapiens trying to deceive a cold-blooded creature which has a brain the size of a pea. 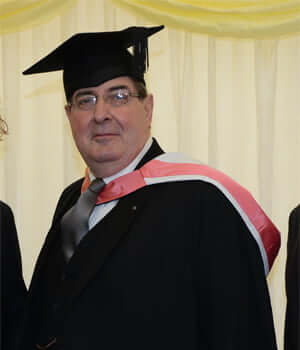 Born in 1948, Fred Westmoreland worked as a primary school teacher and in a bank before joining the Royal Artillery in 1967. After six years service in Germany with the British Army of the
Rhine, interrupted by a tour of duty in Northern Ireland, he returned to the UK as a recruit instructor.

Early in 1977 he was appointed as a staff instructor at the Royal Artillery’s training college at Larkhill. After initially teaching target acquisition, by 1981 he had moved to the Training Development Team and was specialising in training analysis and course design.

After leaving the army Fred settled in Amesbury and continued working in training development until his retirement in 2012. In 1991 he was invited to stand for and was elected to the local council. The council work is ongoing and any spare time is spent promoting the archaeology and history of Amesbury.

Fred has been married to Vera for forty years and they have two children, Sarah and Matthew.