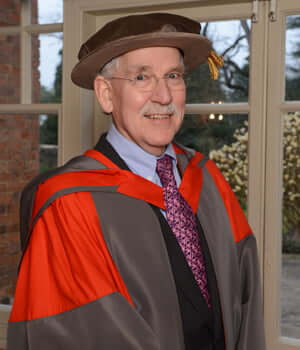 Born in Aberdeen, the son of a local general practitioner, Graeme Catto attended Robert Gordon’s College where he was school captain. He was awarded the Otaki Shield for the pupil outstanding in character, leadership and athletics, which entailed a trip to New Zealand. He obtained a bursary to study medicine at Aberdeen. He won a Carnegie scholarship to Northwestern University, Chicago for a year and graduated from Aberdeen in 1969, as the most distinguished graduate of the year. Two years later he obtained his MRCP. He had developed an interest in renal medicine, particularly bone disease associated with renal failure. This research interest led to an MD (Hons) in 1975 and a Fellowship to study medicine at Harvard Medical School and Brigham Hospital in Boston, Massachusetts.

Graeme Catto returned to Aberdeen as a senior lecturer in medicine and honorary consultant physician and nephrologist, where he created an active research group studying transplant immunology, renal bone disease and facilities required for patients with kidney disease. He obtained a DSc in 1988. Over time he became Medical Director of Aberdeen Royal Infirmary, Professor and then Dean of Medicine and Vice-Principal of Aberdeen University.

In 1996 he became Chief Scientist for the National Health Service in Scotland and Chairman of the General Medical Council Education Committee. He was elected a Fellow of the Royal Society of Edinburgh and a Founder Fellow of the Academy of Medical Sciences.

In 2000, he moved to London to become Vice-Principal at King’s College and Dean of Guy’s, King’s and St Thomas’ Hospitals Medical and Dental School. He was knighted in 2001 for his services to medicine and medical education. He became President of the General Medical Council where, among other things, he had to deal with the aftermath of the Shipman Inquiry.

At the same time he was Governor of the Qatar Science and Technology Park, Chair of Scottish Stem Cell Network and, more recently, President for the Association of Medical Education. He was a member of the Commission on Assisted Dying and since 2012 has been Chair of ‘Dignity in Dying’, an organisation seeking to legalise assisted suicide for terminally ill adults.

Sir Graeme has nearly 200 publications in medical journals stretching from his early research studies to more recent topics, including ‘Acting as an expert witness’, ‘Health and Wellbeing Boards are at risk in fury over NHS reforms’, ‘Assisted death: a basic right or a threat to the principal purpose of medicine?’. He has numerous fellowships and honorary awards from medicine authorities and universities. 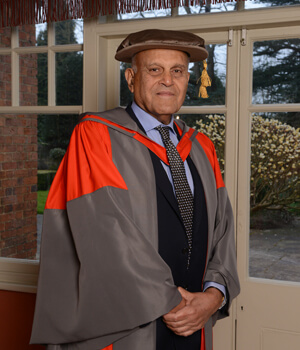 Sir Magdi is the son of a surgeon of a Coptic family born in Belbis, Egypt in 1935. He studied medicine at Cairo University, qualifying at the age of 22. He moved to Britain 5 years later because he was determined to be a heart surgeon and he targeted working with pioneering heart surgeons. He was motivated by the death at an early age of an aunt from correctable heart disease. From London he went to the University of Chicago. He returned to Harefield Hospital in 1969 and established his pioneering heart surgery group. During the intervening years he was the author of more than 1200 medical and scientific papers. He started the Harefield transplant programme in 1980 and over the next ten years performed more than 1000 procedures. There was a dramatic increase in survival times, decreased time spent in isolation in hospital and a decrease in the financial cost of each procedure. Magdi Yacoub travelled thousands of miles each year, in helicopters or small planes, often at night, to remove donor hearts before performing the transplant operation. Reportedly his operations were accompanied by classical music.

In 1983 he performed the first heart and lung transplant. In 1986 he became a consultant cardiothoracic surgeon at the Royal Brompton Hospital, whilst still continuing at Harefield. He undertook the largest heart and lung transplant programme in the world. He also developed novel operations for complex congenital heart defects. One of his heart transplant patients, John McCafferty, has survived more than 30 years.

Sir Magdi retired from the NHS at the age of 65 in 2001, but continues to work at the Harefield Hospital at the Magdi Yacoub Institute overseeing 60 scientists and students in the areas of tissue engineering, myocardial regeneration, stem cell biology, end stage heart failure and transplant immunology. He is Founder and Director of the Magdi Yacoub Research Network which has created the Qatar Cardiovascular Research Centre in collaboration with the Qatar Foundation and
Hamad Medical Corporation.

Sir Magdi has a very active interest in global healthcare delivery. He is Founder and President of the Chain of Hope charity, treating children with correctable cardiac conditions from developing and war-torn countries and establishing training in local cardiac units.

Magdi Yacoub was knighted in 1992. He received a lifetime achievement award from the Secretary of State for Health in 1999, the Order of the Nile in 2011 and many other awards. In 2014, he was made one of only 24 holders of the Order of Merit bestowed by the Queen for exceptional service. 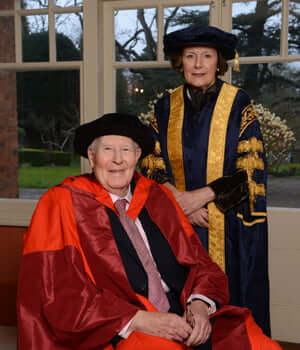 Born in London, Roger Bannister went to University College School before going to Oxford to study medicine. At school he won crosscountry races. He started track running at Oxford in the autumn of 1946, having never worn spikes before or run on a track, but within a year he had run a time of 4 minutes 24.6 seconds for the mile and the following year was selected as an Olympic possible, but declined as he felt he was not ready to compete at that level. He set his sights on the 1952 Olympic Games. However, even by the standards of the day his training was light, these being fitted in between clinical training. His chances of winning the 1500m in Helsinki diminished when the organisers introduced semi-finals. Sir Roger finished fourth in a mass sprint finish.

Sir Roger set a new target to break the four minute mile. In 1953 he ran 4 minutes 2 seconds and, although it was a British record, it was disallowed through pacing. Other athletes were getting close to 4 minutes and hence he decided he must succeed in the early part of 1954. By this time he was a qualified doctor on daily duty at St Mary’s Hospital, London. The first race of the year was a match on 6 May between the Amateur Athletic Association (AAA) and Oxford University, with Bannister, Chataway and Brasher running for the AAA. Brasher and Chataway acted as pace makers with Bannister doing the last 300 metres alone. The stopwatch stopped at 3 minutes 59.4 seconds, as Sir Roger briefly collapsed as he crossed the line. He commented, ‘Doctors and scientists said breaking the four minute mile was impossible, that one would die in the attempt. Thus, when I got up from the track after collapsing at the finish line, I figured I was dead.’ His record lasted only 46 days, when it was succeeded by the Australian, Landy. Bannister and Landy then met head-to-head at the Commonwealth Games in Vancouver in August. The crucial moment was when Landy looked over his left shoulder to see where Bannister was. Sir Roger was overtaking him on his right side to win the race. A statue in Vancouver commemorates that moment.

Sir Roger then concentrated his efforts on medicine for the next two decades combining research with clinical practice as a neurologist. He continued to combine his interest in sport and medicine. He was Chairman of the Sports Council of Great Britain and then President of the International Council for Sport and Physical Recreation. He was Director of the National Hospital for Nervous Diseases in London. His early research revolved around blood gases and exercise. Later he studied the autonomic nervous system that controls all the involuntary movements such as breathing, heart rate and blood pressure and wrote an important text book ‘Brain and Bannister’s Clinical Neurology’.