Looking for a course? Use our course finder instead.
Help  & Advice Apply Now
School of Humanities and Social Sciences

The MA in Security, Intelligence and Diplomacy degree combines elements from our existing Security and Intelligence MA and our Diplomacy programmes. Like all of our MA programmes, a diplomacy degree aims to help to prepare graduates for careers in foreign and other ministries, international organisations, international journalism and global civil society organisations or for further research. Areas of study include intelligence and international security since 1939; intelligence, tradecraft and machinery; case studies in intelligence success and failure; international law and diplomacy; foreign policy analysis; global diplomacy; security challenges and other global issues. The modules are taught intensively in lectures, seminars and small group tutorials; they assume little prior knowledge but rapidly bring students to an advanced level of understanding. Buckingham is a small academic community and students have personal and frequent access to their instructors. The programme is also suitable for those without a specific career aim in mind but who wish to acquire an advanced understanding of these subjects.

Wherever possible, you will be invited to the University to meet the Admissions Tutor for an informal interview and to have a tour of our campus. If you are an international applicant, it may not be possible for you to visit in person, so if the Admissions Tutor has any queries about your application you may be contacted by Microsoft Teams, email or phone.

BUCSIS was established in 2008 as a world-class centre for research into the key Security and Intelligence issues facing the UK and the world in the 21st century. The Centre is headed by a leading academic in the field with former practitioner experience in the shape of Professor Julian Richards, and closely supported by Dr Bill Kappis, a renowned academic of global affairs and international relations with a diverse international experience. The original founder of the centre, Professor Anthony Glees, continues his association with our work as an Emeritus Professor of the University.

Dr Vassilis Kappis, lecturer in Security and Intelligence Studies. Dr Vassilis (Bill) Kappis holds a PhD degree from the Department of Government and International Relations at the University of Sydney (2016) and Master’s degrees in Strategic Studies and European Integration from the Australian National University (2007) and the London School of Economics (2006) respectively. His doctoral thesis, submitted in 2015, assessed the impact of tense security crises on leadership perceptions across rival and non-rival state dyads. 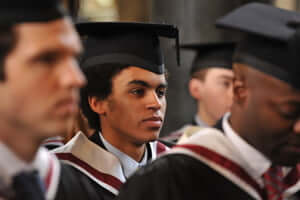 Obtain a second degree in Germany

If you arrange to transfer to our partner university in Germany, you will receive a second Master’s degree after a further year of study. See here for details

Postgraduate loans for Masters degrees in the UK are supported by the UK Government. The loan will provide up to £10,609 for taught and research Masters courses in all subject areas. The loans can be used for tuition fees, living expenses or both. 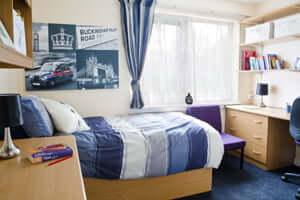 We recommend that all prospective students visit our campus if they are able to, at one of our open days or a Campus Tour, campus tours include a typical student room.