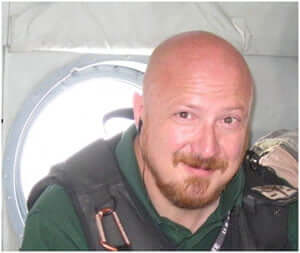 Reflections on my study at BUCSIS

Having been asked by Professor Glees to write a short piece on my experiences at Buckingham University Centre for Security and Intelligence Studies (BUCSIS), I found myself looking back to my first contact with The University of Buckingham. At that time I was serving in Afghanistan as the Senior Police Advisor for the US Department of State’s Bureau of International Narcotics and Law Enforcement Affairs (DoS/INL). I exchanged several emails with University staff, including Professor Glees, while on a field tour in Konduz. I distinctly recall the moment when I sat back, having read the email encouraging me to apply, and wondered to myself, is it actually possible to complete a graduate level course of research and study while fully engaged in the war? I had no idea how much deeper this engagement would become nor how it would broaden and inform my research.

Fortunately, I elected to take the risk and after being accepted began my study in pursuit of a Master of Philosophy in Intelligence and Security Studies. I was already working a shifting schedule in the completion of my regular duties. I was based at the US Embassy in Kabul, frequently travelling into the field to directly observe police and other security forces’ actions and evaluate their effectiveness, among other duties. This left little down time but, with the aid of Professor Glees and Dr Richards, I was able to conduct some initial work in the topic and refine my focus. Eventually this led to my decision to research and discuss the uses of police intelligence in a counterinsurgency.

I mentioned above that my experience in Afghanistan would come to broaden and inform my academic effort. This became increasingly true when I left my position with State in order to work directly with an Afghan Special Police intelligence unit which was tasked with identification, penetration and neutralisation of insurgent groups. I spent the final two years of my study working with this unit along with our ISAF Special Operations Force partners. The work was challenging, involved daily activity outside the wire, often far from friendly forces and deep within insurgent territory and was, ultimately, worth every risk and effort involved as lives were saved and enemy actions pre-empted. It also permitted me to see first hand the uses of police intelligence-led operations in a counterinsurgency. This direct experience greatly aided my focus and research as I combed the literature of past insurgencies for the ways and means in which the police, and specifically the intelligence branches thereof, had been utilised. Reading and writing when our ops tempo permitted, having extremely helpful conversations with Professor Glees via a sketchy Skype connection and greatly inspired by the efforts of my colleagues, both Afghan and international, I pushed on with my goal, the articulation of the nature and potential usage of police intelligence in exactly the environment I inhabited.

Given that I am writing as an alumnus, it will be obvious that eventually I was successful in my goal of completing the degree requirements. I ended my tour in Afghanistan prior to completing these requirements but was able to graduate before embarking on my current deployment. I am again serving with DoS/INL as the Senior Police Advisor in Liberia.

My experience with The University of Buckingham and, in particular, BUCSIS, was atypical but I have mentioned it in order to make clear the following. At every stage of my study I found the University staff to be responsive, prompt and attentive to my specific needs. They were always available with helpful suggestions, excellent academic guidance and timely critique. My limited time was made maximally effective due to the excellence of Professor Glees’ counsel. Although research is by its nature a lonely endeavour, I never felt isolated or adrift. I would encourage anyone either presently engaged in or contemplating study at The University of Buckingham to dive in without reservation. I am no paragon of academic virtue and if I, whilst engaged in a war, can complete the rigorous requirements for graduation, you too can do so.

In summation, my time at BUCSIS, although spent at arm’s length due to my particular circumstance, was well spent. My study was informed by my experience but equally it informed my operational activity. To this day, the knowledge gained and the habit of thoughtful study and research continues to serve me, and my country, well.

I am proud to have attended and graduated from The University of Buckingham. I hope my personal experience can assure others that your academic goals are attainable given determination, perseverance and the excellent guidance available through the University faculty.