Take a look at what our current History of Art PhD students are researching. 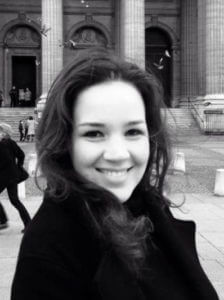 Vivien holds a BA in the History of Art from the Courtauld Institute of Art and an MA from Birkbeck College, London. She was the Anne Christopherson Fellow at the British Museum’s Department of Prints and Drawings (2017/18).

Vivien’s PhD research focuses on Richard Payne Knight (1751-1824) and his collection. Payne Knight was a member of the Society of Dilettanti, one of the founders of the British Institution, a Trustee of the British Museum, and he enjoyed a considerable reputation during his lifetime as a art connoisseur and authority on ancient art. His collection of ancient bronzes, coins, cameos and Old Master and British drawings was one of the best known in Britain, and was bequeathed to the British Museum in 1824.

The aim of her thesis is to provide a thorough reappraisal of Payne Knight’s activities as a collector and patron whilst situating his collection within the cultural and intellectual history of late eighteenth-century England. For this research she explores specific contextual factors that could have impacted the assemblage of the objects in his collection that have not yet been discussed in the scholarly literature, in addition to relating them to eighteenth-century debates on the origins of mythology, symbolism and culture, themes which were of central importance to Payne Knight and his circle. 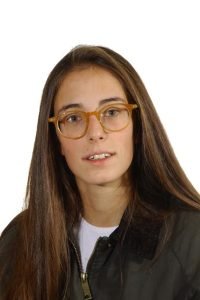 Albertina holds a BA in Cultural Heritage from the University of Turin and received her Masters in History of Art from the Alma Mater Studiorum of Bologna. Her final dissertation was focused on the Piedmontese sculptures of Baron Carlo Marochetti, for which she attended an internship at the Royal Collection of the Castello Ducale d’Agliè (2020/2021).

Albertina’s PhD research focuses on the analysis of the British sculptural production of Italian artists in the second half of the nineteenth century, beginning from the activity of Baron Carlo Marochetti (1805-1867) and Raffaele Monti (1818-1881). The two artists’ different and multifaceted prolific activities are an ideal lens to investigate the various trends in Victorian sculpture and their relationship with official patronage and innovative industry.

Her thesis aims at studying the production of public and private sculpture in mid-Victorian Britain from the point of view of the social history of art. Her goal is to investigate how the British milieu of second half of the nineteenth century influenced and changed the sculptural production of the Italian émigrés and, vice-versa, how the peculiar characteristics of these émigrés impacted on the production of sculpture in Britain in the age of the Empire and diffusion of public celebratory sculpture.