The best way to follow news and activities relating to BUCSIS staff and students is to take a look at our social media channels:

For details of interesting resources and discussions that we discuss on our programmes and activities, see Professor Richards’s Twitter feed.

Professor Julian Richards, Interim Dean and the Director of Buckingham Centre for Security and Intelligence Studies (BUCSIS), led a delegation to Indonesia in November. Working with representatives from the Foreign, Commonwealth Development Officer and UK law enforcement, a series of productive meetings were held with senior Indonesian police training leads, Indonesian counter-terrorism units, regional NGO’s and Indonesian Universities with the aim of identifying and developing strategic partnerships and promoting opportunities for collaboration.

A number of areas for future collaboration were discussed including the development and provision of academic qualifications centered around counter-terrorism, intelligence management and analysis and security.

Professor Richards noted: “Working with high-quality professional customers such as the Indonesian National Police is both impressive in terms of the way in which professional development is being taken so seriously; and a great honour for us in developing new programmes that can further the pursuit of efficient, effective and accountable security strategy in diverse parts of the globe. The year ahead looks to be a very inspiring one on the basis of these discussions.” 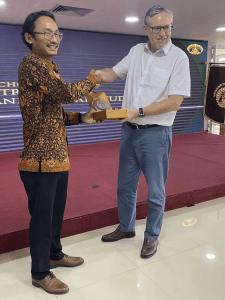 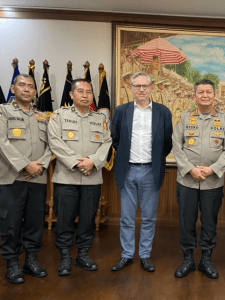 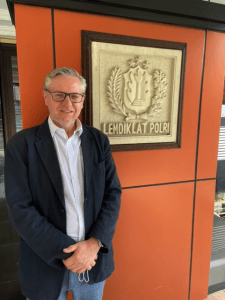 In it, he discussed HUMINT related issues including what motivates a person to cooperate with law enforcement and intelligence agencies. Dr Stanier said, “It was a great privilege to be interviewed for this prestigious series and to be invited to be part of a community of leading thinkers across the law enforcement community.”

The subject of human intelligence source motivation forms part of the new PG Certificate in Covert Action, HUMINT and the Psychology of Intelligence Elicitation. To listen to Dr Stanier’s interview and other speakers, visit the Reducing Crime podcast. Other contributors to the @reducingcrime podcast series include Bill Bratton, the former NYPD and LAPD Commissioners and Professor Lawrence Sherman, the founder of Evidence based Policing movement. 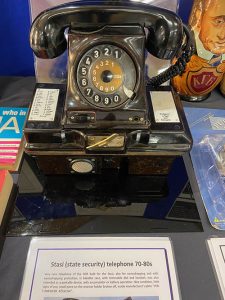 The Buckingham Centre for Security and Intelligence Studies (BUCSIS) took part in the University of Buckingham Postgraduate Open-day on 5th October 2022.

Of interest to a number of attendee’s was BUCSIS’s display of original intelligence related artefacts including an East German ‘Stasi’ secure communications and interception device, a World War II Soviet Intelligence officers membership card, a 2003 US Army ‘Most Wanted’ pack of cards used to help soldiers identify those wanted by US interrogators and, an original Osama Bin Laden Wanted Poster issued as a result of his role in the bombings of US embassies in East Africa in 1998.

The event enables BUCSIS to promote its intelligence related programmes and its new Postgraduate Certificate in Covert Action, HUMINT and the Psychology of Intelligence Elicitation. 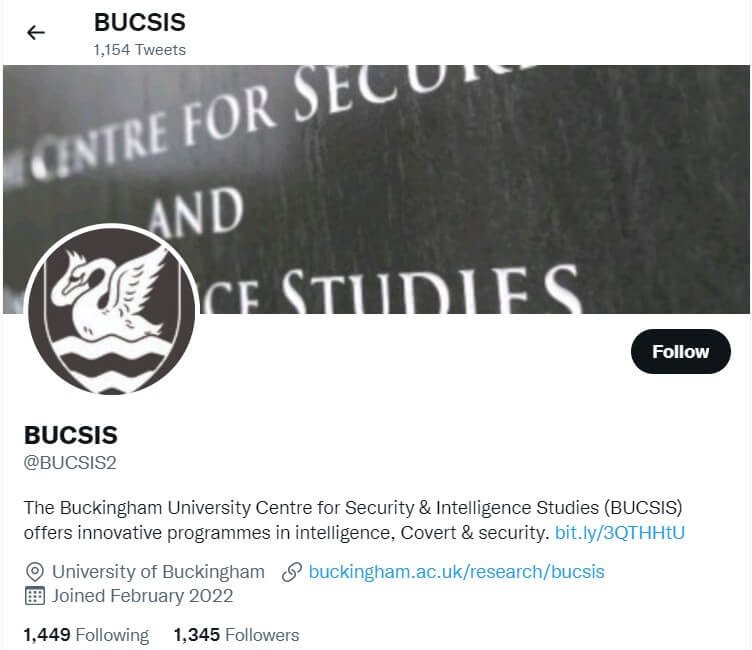 The Buckingham University Centre for Security and intelligence Studies (BUCSIS) has relaunched its Twitter account. In little over 6 months, it has attracted more than 1,300 followers from across the UK and overseas. This makes it one of the fastest growing specialist University Twitter accounts of its kind in the UK. It offers followers the latest intelligence and security related articles, job vacancies in the sector , online and in person conferences details and the latest on new BUCSIS programmes and events. If you are interested, click the link and then click on the BUCSIS2 ‘Follow’ icon.

The University of Buckingham is pleased to announce the introduction of a new and exciting programme. The intention is to offer, from January 2023 a Postgraduate Certificate in Covert Action, HUMINT and Psychology of Intelligence elicitation by way of distance-learning (online).

The programme will explore issues associated with the states use of covert action as an arm of foreign policy. The course’s second module will also focus on the covert and overt use of human intelligence (HUMINT) including undercover operations, assisting offender, agents and informants. Its third module will focus on the elicitation techniques required to secure high volume, accurate and reliable intelligence.

The programme will offer two annual entry points; January and September. The duration of the course will be 9 months part time and 6 months full time. The first course will commence on 18th January 2023, the second will commence 27th September 2023.

The Programme lead, Dr Ian Stanier, stated “This programme offers students a valuable insight into the range of covert action capabilities that states deploy in an effort to progress its foreign policy aims, be it propaganda or political violence or paramilitary action. The additional modules on HUMINT and the Psychology of intelligence elicitation will offer further students an understanding of the art of tradecraft and the science of intelligence collection. This will be of particular interest to those who wish to pursue or further develop a career within intelligence.”

This Postgraduate Certificate in Covert Action, HUMINT and Psychology of Intelligence elicitation programme builds upon the success of the Centre of Security and Intelligence Studies at Buckingham (BUCSIS) which has established itself as one of the world leaders in educational provision in this subject area. The design of the course, delivered by way of pre-recorded online lectures will offers students greater flexibility in their studies, especially those who are undertaking this in addition to their professional roles. The use of small group online tutorial will offer further student support and understanding of complex areas of practice.

If you are interested in the programme and would like to speak about the course content, please email the programme lead, Dr Ian Stanier via ian.stanier@buckingham.ac.uk or telephone him directly on 01280820179. 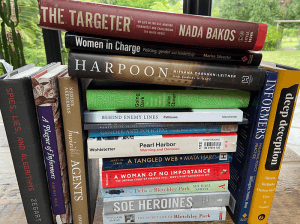 To highlight the important and critical role of women, the  next conference event, ‘Women in Intelligence’ will be held on 19th October 2022. It will feature some of the leading women scholars on intelligence matters, senior women intelligence practitioners and strategic leads. The event is free but prior registration is mandatory to secure a place. If you are interested in attending, then please contact Dr Ian Stanier (Chair of the IPRC and member of staff at BUCSIS. Email ian.stanier@buckingham.ac.uk).