Our BA Alumni – Where are they now? 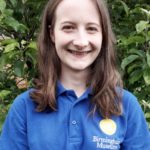 Since graduating from Buckingham with a degree in art history, I’ve gained so much experience both volunteering in museums and working for the National Trust. My roles have included being an archive intern, a historical engager and a conservation volunteer. I now work for the Birmingham Museums Trust, as a senior museum enabler at Soho House. I love having a job where I get to work closely with the public and the collections, bringing them closer together which is what will keep art and history relevant to future audiences. 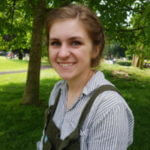 Since completing the BA in Art History and Heritage Management at Buckingham I have worked in a variety of roles at the Ashmolean Museum, including a number of fixed-term posts and internships in the Print Room of the Western Art Department, and have most recently been based in the Antiquities Department. During this time I have also completed the MA in the Art Market and the History of Collecting, where my research considered the influence of dealers over institutional collecting during the twentieth century with a particular focus on the scholar-dealer James Byam Shaw (1903-1992). Since graduation I have continued to expand this research independently, looking more closely at Byam Shaw’s relationship with The Pierpont Morgan Library and The Metropolitan Museum of Art, New York. Thanks to both of these degrees I have developed a comprehensive understanding of the history of European collecting and its art markets, as well as of the paintings, drawings, and objects being collected. I have now been awarded an AHRC CDP PhD studentship with the University of Leeds and The National Gallery, which will look at ‘Collecting Continental Old Masters at Harewood House, Yorkshire: conflicts and convergences over contemporary art and national heritage and European and American cultural relations in the British art world, 1880-1950′, to commence in October 2019.