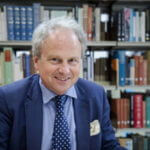 Jeremy Howard is the Programme Director and Tutor for Admissions for the MA in Decorative Arts and Historic Interiors, as well as Head of Research at the art dealers, Colnaghi. He is the tutor for British fine and decorative arts and historic interiors c.1660-c.1830. Educated at Oxford and the Courtauld Institute of Art, Jeremy spent thirteen years in the London art market, first at Christie’s and then at Colnaghi, and also worked for a number of years for a gallery specialising in architectural drawings, before joining the University of Buckingham and setting up the MA in Decorative Arts and Historic Interiors in 2000. He also taught for three years at Birkbeck College, University of London. His research interests include British patronage and collecting from the 18th to early 20th centuries, the Grand Tour and the English country house, and the history of the London art market. He has recently published a history of Colnaghi and its role in the art market to coincide with the 250th anniversary of the firm. 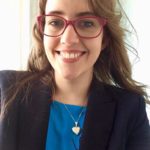 Dr Caroline McCaffrey-Howarth is an art historian who has lectured and published widely on decorative art, the history of collecting, and the art market. Originally from Ireland, Caroline read Art History with French at the University of St Andrews, later completing a Masters (Distinction) in Decorative Arts with Historic Interiors at the University of Buckingham and a fully-funded Arts and Humanities Research Council (AHRC) PhD from the University of Leeds. Her doctoral thesis focused on ‘Sèvres-mania’ and the histories of collecting Sèvres porcelain in Britain after the French Revolution.

Jürgen Huber teaches furniture techniques. He joined The Wallace Collection in 2004 and is now Senior Furniture Conservator. Following the journeyman tradition, Jürgen trained as a cabinetmaker and restorer in Germany, France and Benelux, becoming a Tischler Meister in 1992. He gained a Postgraduate Diploma in Conservation Studies from the City and Guilds of London Art School in 1998 and since then has worked for public institutions and private clients in the UK, mainland Europe, Russia, Africa and the Middle East.

Helen Jacobsen who lectures on French Decorative Arts is Curator of French Eighteenth-Century Decorative Arts at the Wallace Collection. She graduated in History of Art from Cambridge University and later received her MA in the History of Design from the Royal College of Art / Victoria & Albert Museum. She did further postgraduate study at Oxford University, where her DPhil investigated the foreign influences in art, architecture and the decorative arts that characterised much cultural patronage by English diplomats in the seventeenth and eighteenth centuries.  She has published in the Journal of the History of Collections and the Historical Journal, and her book Luxury and Power: The Material World of the Stuart Diplomat was published by Oxford University Press in 2011. She is a Fellow of the University’s Humanities Research Institute and supervises doctoral research on collecting and French decorative art.   Before joining the staff of the Wallace Collection, she taught first at New College, Oxford and then joined the University of Buckingham as Tutor in the French Decorative Arts. She was also the Assistant Director on the Attingham Summer School, an intensive programme of study focusing on the history, architecture and contents of historic buildings.

Rosalind Savill, who gives the lectures on French porcelain, is the former Director of the Wallace Collection and a world authority on Sèvres porcelain. After graduating from the University of Leeds, she worked for a time in the Ceramics Department at the Victoria and Albert Museum before joining the Wallace Collection in 1974. A highly distinguished ceramics scholar, she is the author of the three-volume catalogue of the Sèvres porcelain in the Wallace Collection and President of the French Porcelain Society. In 2000 she was made a CBE for services to the study of ceramics. In 2005 she was awarded an honorary doctorate by Buckinghamshire and Chiltern University College and also won the European Woman of Achievement Award for the Arts and Media. In 2009 she became a Dame of the British Empire. She is also a Fellow of the British Academy, Visiting Professor of the University of Buckingham and visiting Professor at the University of Arts in London. 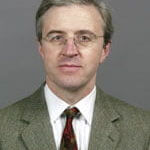 Dr Adam Bowett is an independent furniture historian. He works as a consultant on historic English furniture with public institutions and private clients in both Britain and North America. The former include The National Trust, English Heritage, The Department of Culture Media and Sport, the Victoria and Albert Museum, and numerous regional and local bodies. He also teaches furniture history at universities and other institutions, including the Victoria and Albert Museum, Buckinghamshire New University and West Dean College. He has published widely in popular and academic journals and is the author of three books on English furniture and furniture-making. List of publications.

Ian Bristow lectures on historic paint analysis and the redecoration of the historic interior.  The author of  Architectural Colour in British Interiors, 1615-1840 (Yale, 1996) and Interior House Painting Colours and Technology, 1615-1840 (Yale, 1996), he is an architect and specialist consultant on the restoration of historic interiors and a leading authority on historic paint colours. 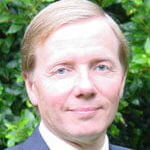 Timothy Schroder is a curator and freelance lecturer. Following an early career at Christie Manson and Woods Ltd, where he became Director of the Silver Department and an auctioneer, he was Curator of Decorative Arts at the Los Angeles County Museum of Art (1984-89) and a director of Partridge Fine Art (1990-96).  From 1996 to 2000 he was Curator of the Gilbert Collection at Somerset House; he was subsequently a Consultant Curator at the Victoria and Albert Museum (2000-9).

He is Chairman of the Silver Society (since 2011), a  Warden of the Worshipful Company of Goldsmiths (since 2012) and a trustee of the Wallace Collection (since 2013). He has been a Member of the London Diocesan Advisory Committee since 1995, and a Member of Eton College Collections external advisory panel since 2011.

Publications include The National Trust Book of English Domestic Silver (London, 1988), The Gilbert Collection of Gold and Silver (Los Angeles, 1988), Renaissance Silver from the Schroder Collection (London, 2007), British and Continental Gold and Silver in the Ashmolean Museum (Oxford, 2009) and Renaissance and Baroque: Silver, Mounted Porcelain and Ruby Glass from the  Zilkha Collection (London, 2012), together with numerous articles for Apollo, Burlington Magazine and other journals.

Annabel Westman, FSA, is an independent textile historian specialising in the restoration of historic interiors. She has worked on a wide range of significant projects, carrying out research on the original furnishing schemes and advising on their implementation. In addition to privately owned historic houses, she has worked regularly for heritage bodies including English Heritage, The National Trust, Historic Royal Palaces, The Victoria and Albert Museum and the Philadelphia Museum of Art. She has published articles in some of the leading art history magazines and journals and lectures widely on historic furnishing textiles.

She is also Director of Studies for The Attingham Trust, www.attinghamtrust.org, an educational charity founded in 1952 for the study of historic houses and collections. The Trust offers specialised study courses, internationally recognised for their sustained academic excellence, for professionals engaged in this field. She was formerly Director of the Attingham Summer School (1992-2005).

Annabel Westman lectures on the history, design and usage of furnishing textiles. She has been an independent textile historian and consultant on the restoration of historic interiors for the past thirty years and has worked on a large number of projects for heritage bodies in country houses and museums in the UK and USA. Recent work includes Kew Palace, Chatsworth, Kedleston Hall and Temple Newsam House. She was appointed a Fellow of the Society of Antiquaries in 1997.