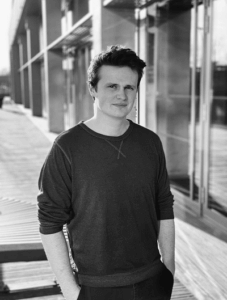 I transferred to Buckingham having been studying Economics at the University of Exeter. As part of an internship during my gap year I had written a report on how automation is affecting the labour market which led to a sense that I would have to acquire a whole new set of skills upon completing my degree. For those who find themselves in a similar situation, Buckingham’s two-year degrees offer a chance to change direction without the feeling of delaying one’s career.

The learning experience at Buckingham has been outstanding. There might not be another university in the country where you have as much access to lecturers and teaching assistants. Being a small university, the curriculum is kept lean with few elective modules. Instead a lot of thought is put into covering the topics that make up the bread and butter of computer science as it is practiced in the real world today. The university has an industrial advisory board and a significant part of its role is ensuring that the modules remain relevant.

Two opportunities came my way while at Buckingham that led directly to my current role. The first was a posting for an intern to build a computer vision feature for the app My Talking Pet. The skills necessary for this were something I had taught myself on the side but which I believe are now included in the curriculum.

My work on the app was crucial when a year later I had the opportunity to apply for a six-month internship in New York at Talkspace, a digital platform for patients and therapists. At Talkspace, I applied machine learning to language, something that now feels incredibly fortuitous as the field of Natural Language Processing has seen so many breakthroughs in the past couple of years.

I now work as a machine learning engineer at Curation, an ESG risk monitoring platform, where I work on helping businesses receive the news and trends that are relevant to them, while discarding the stuff that is not. I am still acquiring new skills, most recently writing a full stack web application for internal use.

I think it would have been much harder to change to my current path had Buckingham not existed. In recent years, the computing department has flourished, and I think prospective students can expect an even better experience than that which I have described.