Conference: A Window on Antiquity 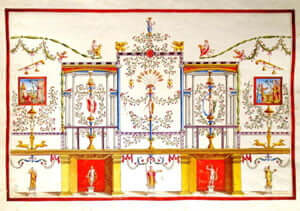 On 17 May 2013 the Institute co-sponsored a major conference on the Grand Tour and British collecting and connoisseurship in the 18th century, in association with Eton College and the Paul Mellon Centre for Studies in British Art, Yale University: A Window on Antiquity: the Topham Collection at Eton College Library. Speakers at the conference came from the UK, Italy and France. Abstracts of the papers are available here. 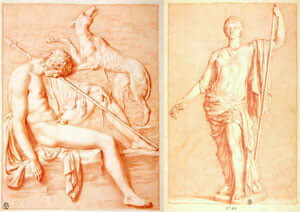 Richard Topham of Windsor (1671-1730) assembled the largest collection in early 18th-century Britain of drawings, watercolours and prints after antique sculptures andpaintings in Rome and Italy, surpassing in both scale and breadth those collected by other celebrated antiquarians such as John Talman, Dr Richard Mead or Thomas Coke, 1st Earl of Leicester. The speakers discussed the sources of the collection, the ways in which it was assembled, the artists who contributed to it, and its fate after Topham’s death: his executors arranged for it to go to Eton College Library where it was used as an artistic source by, among others, the neo-classical architect Robert Adam.

The conference coincided with the opening of Paper Palaces: The Topham Drawings as a Source for British Neo-Classicism, an exhibition organised at Eton College Library, Verey Gallery, open until 1 November 2013.

Dr David Scott, Senior Research Fellow in History at the Humanities Research Institute, gave a lecture on ‘The Men who Made Leviathan’ 2 May 2013.  The lecture was associated with his recently published book, Leviathan: the Rise of Britain as a World Power (HarperCollins, 2013).

Professor David’s new three part television series, to be screened weekly from 2 February at 21:00 at BBC4, examines the role of logistics in warfare and is entitled ‘Bullets, Boots, and Bandages: How to Really Win at War’.  It coincides with the publication of his new book, All the King’s Men: The British Soldier from the Restoration to Waterloo (Allen Lane, 2012).

Read full news article. Further details of the Prize are to be found here in PDF format.

Work by Humanities Research Institute Visiting Professor named as Book of the Year for 2011 by The Economist.

The new book by Visiting Professor Simon Sebag-Montefiore, Jerusalem (Weidenfeld and Nicolson, 2011), has been named by The Economist as among its history Books of the Year. The Economist writes:

“[This is] the rich and absorbing story of the only city that exists both in Heaven and on Earth, as told through its prophets, poets, peasants, kings and conquerors. After his acclaimed biographies of Stalin, Catherine the Great and her lover, Potemkin, Simon Sebag Montefiore has finally turned to the book he was born to write.”

An interview with Professor Sebag-Montefiore is available online at http://www.economist.com/blogs/prospero/2011/12/simon-sebag-montefiore-jerusalem