The School of Psychology at the University of Buckingham is engaged in research in the area of cyberbullying, cyberaggression and other online risks, led by Dr Maša Popovac and Dr Philip Fine.

Initial research in this area involved comparing adolescents’ online risk behaviours and experiences in the UK and South Africa. In addition, parental awareness of adolescents’ online activities was also assessed along with teachers’ perspectives. Our research in this area included 993 adolescents aged 12-17 years and 350 parents across the two countries. Data from teachers was collected through a number of focus group interviews.

The findings led to the development of an intervention aimed at addressing cyberaggression, cyberbullying and other online risks, which was successfully piloted at a school in South Africa. Our current research focus is on engaging with schools in order to further develop our intervention and to implement it on a larger scale in both the UK and South Africa.

What do we mean by Cyberaggression, Cyberbullying and other Online Risks?

While cyberaggression is a more general term that encompasses a wide range of negative online experiences including cyberbullying, cyberbullying involves persistent and intentional acts of aggression using technology (e.g. text messages, phone calls, e-mails, chat rooms, instant messages, websites, blogs, social networking sites or internet gaming). These acts of aggression can be committed by an individual or group. As outlined by Patchin and Hinduja (2006) behaviours include:

Other types of online risks include contact with online strangers, exposure to inappropriate or harmful content online or posting of personal information or sexting.

Why is this an important issue?

Negative online experiences can have serious effects. The effects of cyberbullying in particular include:

A range of other online risks can also pose a physical threat (e.g. meeting online strangers in person or sharing personal information online). Other behaviours such as sexting can also potentially pose a cyberbullying risk if images or comments are forwarded to a larger audience than was intended.

Addressing these experiences among young people is important not only for individuals’ psychological well-being but also in relation to developing a positive school social climate in the context of education.

Experiences of cyberaggression and cyberbullying among adolescents

Other online risks among adolescents

Our intervention tackling cyberaggression, cyberbullying and other online risks is based around the Information-Motivation-Behavioural Skills model (Fisher & Fisher, 1992). The three-factor model suggests that information about risks is not enough to alter behaviours, but that individuals also need to be personally and socially motivated to act on the information they receive and also have the required skills and confidence in order to effectively implement safer online behaviours.

Register your interest in our research, future events and interventions by completing the form below:

Our future work in this area aims to engage with schools and parents on issues of online safety on a larger scale in the UK and South Africa. If you would like further information please contact us at: cyberbullying@buckingham.ac.uk. 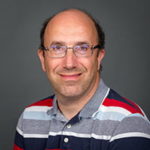 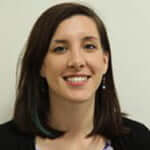