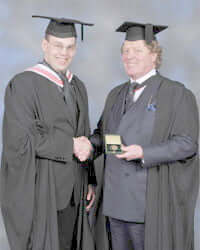 “When I was informed that I had won the Edgar Palamountain Award for Excellence, my reaction was both delight and surprise. Of course I was delighted but I was also very surprised because I had not expected to win the award. It is a great honour to be judged to be primus inter pares.

Buckingham is a great place to study due to its outstanding student:staff ratio and the excellence of its highly motivated teaching staff. I would like to thank all the staff of the Economics and International Studies Department for their fantastic support. I had a wonderful time at Buckingham. I especially enjoyed the academic activities like the seminars, the globalisation sessions and the Economist Club. I met interesting people from all over the world and I made friends with some great people. All in all I enjoyed my time here so much that I decided to stay for my postgraduate degree.” 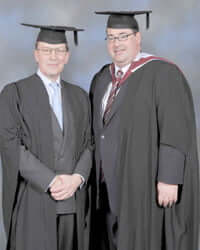 “I feel honored to be this years’ receiver of the Dame Barbara Shenfield Award.

My postgraduate studies at The University of Buckingham were both challenging and inspiring, and I would like to express my sincere appreciation to my lecturers and fellow students who all contributed to this great experience. Especially the small group based tutorials and the accessibility of lecturers provided me with the ideal platform to further expand my knowledge, taking the latest findings from
academic research into account.” 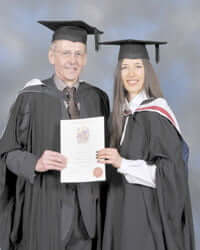