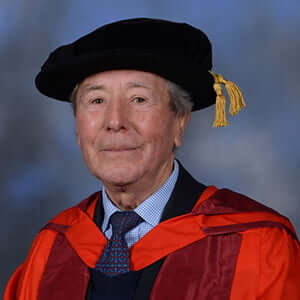 Nigel Vinson, after leaving the army, followed his life’s ambition to become self-employed and, aged 21, started a small plastics company in Guildford. A born entrepreneur, the business was run with a high level of staff involvement and profit participation and, sixteen years later, with five factories and over a thousand employees, he floated it on the stock market.

He was subsequently invited to become Honorary Director of the Silver Jubilee Appeal which raised the money that underpins the Prince of Wales’ Trusts.

He has served on the board of numerous companies: Barclays Bank, British Airports, Electra Investment Trust, Fleming Investment Trust – and was also Chairman of the Development Commission which enabled thousands of small businesses to start up in redundant farm buildings.

Lord Vinson was invited by Ralph Harris and Arthur Seldon, the Vice-Chancellor’s father, to become a trustee and subsequently Chairman of the Institute of Economic Affairs; hence the close link with The University of Buckingham.

He was invited by Margaret Thatcher to run The Centre for Policy Studies and ran the capital formation group that promoted the ideas of a property owning democracy – home and shared ownership – which she believed goes to the heart of freedom.

In 1985 he was made a Life Peer for public service.

Having an inventive mind, Lord Vinson looks for solutions to help make a better world – and The University of Buckingham is a natural fit. 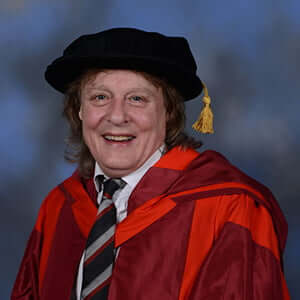 Pete Winkelman moved to Milton Keynes in 1993 and established Great Linford Manor as one of Europe’s leading residential recording studios following a successful and varied career in the
music industry in London.

Later, inspired by the footballing exploits of his son Bobby, Pete worked tirelessly with the public and private sectors to deliver the 30-year ambition to host professional league football and develop a landmark multi-purpose sports and spectators events complex. The resulting Stadium MK is the new home of MK Dons FC, of which Pete is Chairman.

Phase 1 of Stadium MK was officially opened by Her Majesty the Queen in 2007. The 30,500 capacity stadium played a key role in the 40th birthday celebrations with an Olympic-style opening ceremony performed by Milton Keynes schoolchildren.

The Stadium MK was finally completed in 2014, as was the Arena MK a new space for exhibitions and concerts.

The iconic facility has brought huge inward investment together with new employment opportunities. The Club’s charity, the MK Dons Sports & Education Trust, engages with over 50,000 Milton Keynes citizens every year.

In November 2015, Milton Keynes Council awarded Pete the Council’s highest ceremonial honour, the Freedom of the Borough of Milton Keynes. 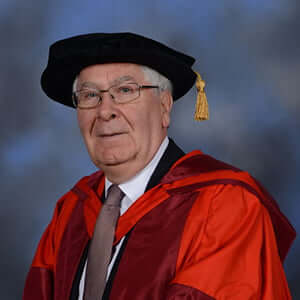 Born in 1948, Mervyn King studied at King’s College, Cambridge, and Harvard (as a Kennedy Scholar) and taught at Cambridge and Birmingham Universities before spells as Visiting Professor at both Harvard University and MIT. From October 1984 he was Professor of Economics at the London School of Economics where he founded the Financial Markets Group.

Lord King took up a position as Professor of Economics and Law at New York University in September 2014, and a position as School Professor of Economics at the London School of Economics in 2015. Mervyn King is a Fellow of the British Academy, an Honorary Fellow of King’s and St John’s Colleges, Cambridge and holds honorary degrees at a number of academic institutions, including
Cambridge, London School of Economics, Helsinki and Edinburgh. He is a Foreign Honorary Member of the American Academy of Arts and Sciences, is on the Advisory Council of the London Symphony
Orchestra, President of Worcestershire County Cricket Club and a Trustee of the National Gallery. 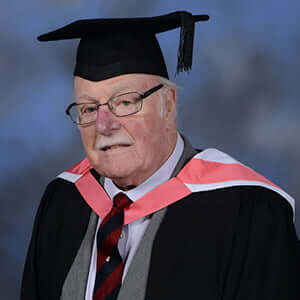 His education was interrupted by World War II, but after the war was over he was determined to complete his studies and took the 1st Class Army Certification and several GCE subjects, including German. Major Clark was appointed Chevalier in the Order of the Legion of Honour by the President of the French Republic.

Despite being injured in the last days of World War II, Major Clark fought in Korea followed by five years in the Malayan jungle war. He was awarded the Pingat Jasa Malaysia [PJM].

Major Clark returned to Germany during the Cold War and subsequently worked in a number of positions within the army. He trained as an imagery analyst and was commissioned into the Intelligence Corps. He served in Cyprus and then Hong Kong as a China Watcher before he was detached to Northern Ireland and later joined the Harrier Force in Germany.

Major Clark’s last posting was as Chief Instructor at a military intelligence school. He left the army in 1979 and joined Local Government as an emergence planner while the Cold War was still
on. He was also a voluntary case worker for military charities.

Military research remains a hobby of his and he was a member of the Crimea Research Society, amongst others. He has produced hundreds of case studies, all published, and has written several
books which were sold for charity. 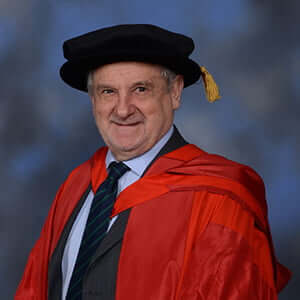 Michael Beloff QC is in his fiftieth year in practise at the Bar. He has appeared in the courts of ten Commonwealth jurisdictions as well as in the two European Courts and in international commercial arbitrations.

In 2008 he was given a lifetime achievement award at the annual Chambers ceremony (the Bar’s equivalent of the Oscars). He is a former President of Trinity College, Oxford, Treasurer of Gray’s Inn and Senior Ordinary Appeal Judge of the Courts of Appeal of Jersey and Guernsey.

An associate editor of the Dictionary of National Biography for lawyers, he is a prolific writer. He is a Visiting Professor at The University of Buckingham.