History of the University

The history of University of Buckingham is a interesting one.  It is the oldest of Britain’s independent universities. On 27 May 1967, The Times published a letter from Dr J. W. Paulley, which said, “Is it not time to examine the possibility of creating at least one new university in this country on the pattern of those great private foundations in the USA, without whose stimulus and freedom of action the many excellent state universities in that country would be so much poorer.” This idea was taken up by a number of people in the business and academic worlds and three London conferences followed, two in 1968 and one in early 1969

A suitable site was found in Buckingham and on 29 March 1973 the University College at Buckingham (UCB) was incorporated, in the form of a non-profit making company registered as an educational charity. The then Council of Management held its first formal meeting on 3 April 1973, with its foundation stone laid in May 1974. UCB was formally opened in February 1976 by the Rt. Hon. Mrs Margaret Thatcher, MP, as former Secretary of State for Education. It had 65 students.

The University of Buckingham was incorporated by grant of Royal Charter on February 11th, 1983 and became a registered charity (number 1141691) on May 4th, 2011. As of 2020, the University has a student population of 3300 students originating from more than 70 countries.

From the start, Buckingham was different. Throughout the history of University of Buckingham, there has been a desire to cultivate an institution that was rigorously independent in its thinking; while this ethos started by it’s founders remains, it has been supplemented by an emphasis on developing and delivering academic provision that is distinctive and distinguished and a student experience that is supported and strengthened by positive psychology. 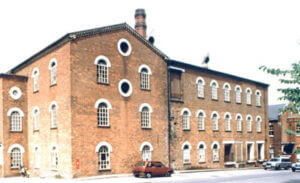 Buckingham pioneered the two-year degree – abolishing the traditional long vacation and saving students valuable time and money, but while the University was innovative in some respects, it was traditional in others: for example, the small-group academic tutorial system allowed students to receive more individual attention than at many other universities.

In the first instance, Buckingham offered courses in law, languages, politics, economics and life sciences; over the years more programmes were added – in history, English literature, accounting, management, computing, psychology and, most recently, in education, medicine and allied health. Postgraduate provision – both taught and research – has also flourished.

History of University of Buckingham has been shaped by a succession of outstanding Vice-Chancellors: first, Professor Max (later Lord) Beloff, then Professor Sir Alan Peacock, Dr Michael Barrett, Sir Richard Luce (now Lord Luce), Professor Robert Taylor, Professor Terence Kealey, Sir Anthony Seldon and, most recently, Professor James Tooley. All have made major contributions to the University’s development. They have been fortunate in the assistance that they have received from our six Chancellors: Lord Hailsham, Baroness Thatcher, Sir Martin Jacomb, Lord Tanlaw, Lady Keswick and, latterly, Dame Mary Archer. Even so, the real basis of Buckingham’s success has been its staff and, above all, students. Those who will graduate this year follow in a distinguished line and they and their successors will carry the reputation of the University to even greater heights.
We use cookies in order to give you the best possible experience on our website. By continuing to use this site, you agree to our use of cookies.
Accept
View our cookie / privacy policy