With global security intelligence increasingly at the heart of policy across all areas of business and government, issues such as migration, climate change, rapidly changing internal politics and clashes between existing and rising powers will all dominate the news and policy agendas over the coming years.

Technology is also becoming central to our thinking: not just in the shape of cyber security intelligence, but also in a range of developments, from artificial intelligence to autonomous weapons systems.

Security and intelligence degree graduates with a strong understanding of intelligence and security concerns continue to be in high demand.

Study for your Security and Intelligence degree take place at The University of Buckingham’s Centre (BUCSIS) which has established itself as a centre of excellence in developing knowledge and career prospects in the arena of global security.

With a range of study options at undergraduate, postgraduate and professional levels, you can build a future in one of the most critical, stimulating and growing areas of policy and employment.

Study Security and Intelligence at Buckingham, the home of the two-year degree, ranked in the top 10 for Graduate Prospects (The Sunday Times, Good University Guide 2022). Students are at the heart of everything we do: our award-winning small class tutorials ensure every student is known by name and supported throughout their studies. You will love our personalised teaching model, dedicated student support team, and beautiful, safe campus.

Postgraduate Certificate in Covert Action, HUMINT and the Psychology of Intelligence Elicitation

“I would highly recommend the Security, Intelligence and Diplomacy programme at BUCSIS for 3 main reasons: content and assignments, support and guidance from teaching staff, and fellow students on the programme. The assessment structure allows you to explore topics in your own way with knowledge and leadership from the stellar teaching staff. They are always there to support students throughout the programme, whether relating to assessments or general understanding of topics or future career ideas.”

Chat with one of our students 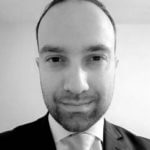 Dr Kappis’ theoretical interests lie in the strategic and psychological aspects of security crises and foreign policy decision-making. He is often invited to discuss developments related to issues such as the migration crisis, energy security and great power competition in the Eastern Mediterranean. 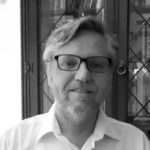 Professor Julian Richards, Director of BUCSIS and Professor of Politics 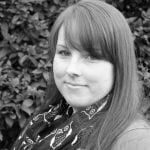 Dr Dobson has research interests in the new challenges to intelligence accountability and oversight in a technologically-driven modern world. In her doctoral thesis, she focused on exploring the potential impact that unauthorised disclosures can have by tracing the stories of whistleblowers.

Graduates have secured roles in both the private and public sector. With many different career pathways flowing into the security and intelligence world, you could move into positions in the public service (such as the military or civil service), or international organisations like the UN, NATO, EU or OSCE. There are also a range of careers in journalism, media, NGOs and think tanks.

We support your employability through a Professional Development Portfolio, in which you write reflectively about the professional skills you acquire and use during your time at university. These skills will help you in your studies as well as being crucial for your future career.

Buckingham Campus Open Day
The University of Buckingham – Buckingham CampusVisit our unique riverside campus to discover your future prospects at Buckingham. Tour our accommodation, chat to staff and students, hear from the Students' Union, and explore exactly what it's like to be a student at Buckingham.
View all courses
We use cookies in order to give you the best possible experience on our website. By continuing to use this site, you agree to our use of cookies.
Accept
View our cookie / privacy policy