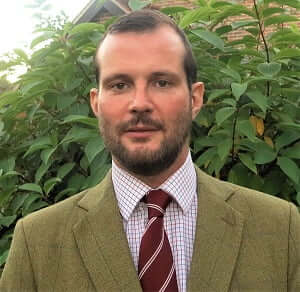 Matthias Strohn is Honorary Visiting Professor in the Humanities Research Institute and teaches on the University’s programmes based in London. He is also the Head of Historical Analysis at the Centre for Historical Analysis and Conflict Research (CHACR), the British Army’s strategic think tank, and an academic member of the Royal Military Academy Sandhurst. Professor Strohn is a Fellow of the Royal Historical Society and a member of the British Commission for Military History. He was educated at the University of Münster (Germany) and the University of Oxford, from which he received his M.St. and his DPhil. with a thesis on the German army in the inter-war period.

Professor Strohn is a specialist in the history of war in the 20th century, with a special interest in the World Wars, command and leadership, the development of doctrine, and the application of military history in the current military and strategic contexts. His DPhil. thesis was published by Cambridge University Press under the title The German Army and the Defence of the Reich in 2011 (paperback 2017). In total, Professor Strohn has written and edited fourteen books and numerous articles.

Professor Strohn acted as the academic adviser to German and British government bodies for the First World War centenary commemorations. He is a keen battlefield tour guide and has led tours in Europe from Madrid to Stalingrad. He is the organiser of the University’s battlefield tour programme. He has also worked on television and radio as both historical adviser and interviewee.