Study Military History at Buckingham, the home of the two-year degree, ranked in the top 10 for Graduate Prospects (The Sunday Times, Good University Guide 2022). Students are at the heart of everything we do: our award-winning small class tutorials ensure every student is known by name and supported throughout their studies. You will love our personalised teaching model, dedicated student support team, and beautiful, safe campus.

With Britain having recently been more heavily involved in overseas wars than at any point in the last half-century, the University of Buckingham’s Masters in Modern War Studies and Military History courses are ideal programmes to exchange thoughts on security, diplomacy and the armed forces.

Directed by some of the country’s finest military historians, Professor Saul David and Professor Lloyd Clark , these rich and stimulating postgraduate programmes will let you explore your research interests. During your studies you will be given access to historical places of interest, such as the Symposium Day at the Royal Military Academy Sandhurst.

The London-based, one-year programmes give you access to some of the most eminent scholars and authors in the field through 10 bespoke research seminars held at the Reform Club in London. Previous speakers have included: Professor N.A.M. Rodger, Sir Hew Strachan, Richard Overy, Sir Richard J. Evans, David Reynolds and Gary Sheffield, and Sir Antony Beevor.

“I had a longstanding interest in military history but little understanding of the skills involved in academic research. The unique and exciting quality of the Buckingham programme is that it enables an interested amateur to tackle a historical question that is entirely new and to produce a work that can withstand rigorous academic scrutiny within an incredibly short timescale.”

Chat with one of our students 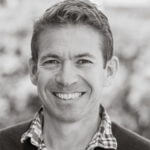 Specialising in the history of the British Army and the Wars of 19th and 20th Centuries, Prof David is an experienced broadcaster and regularly appears in history programmes on British TV and radio. 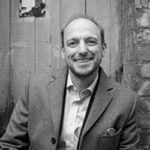 Professor Clark is a senior academic in the Department of War Studies, The Royal Military Academy Sandhurst, a Fellow of the Royal Historical Society, a member of the British Commission for Military History and historian to the Airborne Assault Normandy Trust. He lectures on all aspects of military history all over the world and is a frequent guide to battlefields on four continents.

Graduates of our Military History courses have gone on to become published authors, teachers, military tour guides, and commentators on relevant war and military topics: and the majority have contributed original ideas and research to build upon the world’s knowledge of military history. Former students have included senior government officials, captains of industry, successful entrepreneurs and High Court judges – all seeking to deepen their understanding of, and explore their passion for, war and military history.

We organise conferences in conjunction with The Royal Collection and History Today magazine.

We also have a number of connections with professional bodies such as CPHC and BCS.