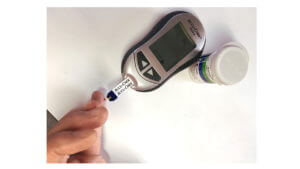 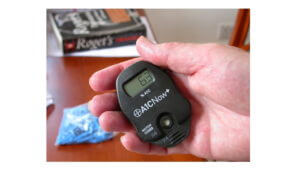 Diabetes increases the risk of death from cardiovascular diseases such as stroke, coronary heart disease and atherosclerosis. Diabetes is also the leading cause of adult-onset blindness, kidney failure, non-traumatic limb loss, and loss of neurosensory function.

Obesity is one of the fastest-growing epidemics in the world, affecting both developed and developing countries. The costs of obesity represent approximately 6-8% of the direct healthcare budgets of developed countries. Both obesity and type 2 diabetes are linked to many other diseases, particularly cardiovascular disease and neurodegenerative diseases.

The IBBR, University of Buckingham, has developed a sufficient critical mass of researchers able to study type 2 diabetes and obesity from the gene through to whole-body physiology.  They are internationally recognised experts in molecular genetics, biochemistry, pharmacology, nutrition and the physiology of metabolic diseases, particularly diabetes and obesity and neurodegenerative diseases.

Our goal is to define new molecular targets that could be sites for novel pharmacology and to examine potential therapeutic agents acting from the cell to the whole body. 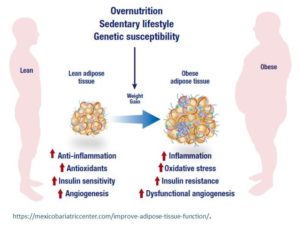 In recent decades, there has been renewed interest in traditional and alternative medicine and thousands of potential medicinal plants have been screened to identify bioactive lead components. More than half of the diabetics in the world are treated by plant-based therapies. Studies are undertaken to examine the mechanism of action of several medicinal plants to evaluate their therapeutic potential compared with synthetic drugs.

New agents to improve insulin sensitivity are being developed by pharmaceutical companies. These agents affect the transcription of insulin-responsive genes through activation of nuclear hormone receptors. Proof of principle studies are being conducted on pioneer therapeutics together with more fundamental studies to identify the mechanism of action of these pioneer compounds.

Obese individuals are prone to chronic low-grade inflammation. Circulating cytokines can act on the brain to induce local inflammation and production of cytokines which can contribute to cognitive decline and dementia. Compared to normal-weight individuals. The relative risk of the development of dementia and Alzheimer’s disease in midlife was 2.04 for obese individuals (BMI ≥ 30 kg/m2) and 1.64 for overweight people (BMI = 25–29.9 kg/m2).

In collaboration with our academic and industrial partners, studies are performed to investigate the links and the cross-talk between adipose tissue and the brain, also to understand the links between fat mass expansion and oxidative stress and inflammation in nerve cells, as well as investigating the potential preventive and protective effects of plant-based medicines. 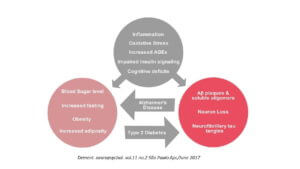 The majority of obese or diabetic individuals will experience skin complications during the natural history of their disease, ranging from relatively benign skin manifestations, to potentially catastrophic delays in wound healing and epidermal integrity. The accumulation of sub-dermal adipose tissue and, consequently, increased pro-inflammatory cytokine release could affect the dermal fibroblast physiology.

Obesity is associated with adipose and vascular remodelling, an inadequate blood supply leading to hypoxia and systemic inflammation. Adipose tissue is a highly vascularized organ, and consequently, the expansion of adipose tissue that occurs during the development of obesity is dependent on angiogenesis.