Looking for a course? Use our course finder instead.
Faculty of Computing, Law and Psychology | School of Psychology 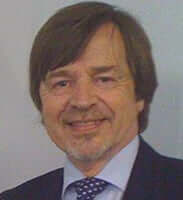 David is an HCPC registered educational and occupational psychologist, an Associate Fellow of the British Psychological Society, as well as an elected member of the International Academy for Research in Learning Disabilities. He became a Visiting Professor in the Department of Psychology in 2002. He lectures on the educational psychology course, particularly in the area of specific learning difficulties, and contributes to the supervision of student projects. David is also the Selection Lead for the University’s Medical School, as well as a member of its pastoral team.

David completed his first degree in psychology and philosophy at the University of New South Wales in Sydney. After working for several government departments in Australia, he completed an MA at the University of York and his PhD at Aston University. He also has an MSc in Occupational Psychology. Most of his professional work is now as a practising psychologist in London.

David is the co-author of three books on dyslexia in the adult years, and has published articles in a number of journals. He has collaborated with Alan Martin on empirical research, conference papers and publications. David has contributed to conferences, including keynote papers, in the United Kingdom, Europe and the United States.