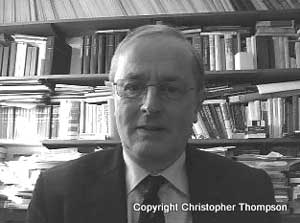 Christopher Thompson is an Oxford-educated historian who also holds degrees from the Universities of Cambridge and North London. He is a former winner of the Alexander Prize and has held Fellowships at the Institute of Historical Research and the Huntington Library. In addition to teaching for five UK universities and two former polytechnics, he worked for over a quarter of a century in Westminster and Whitehall.  He has published in periodicals like the Economic History Review, the Transactions of the Royal Historical Society, Past and Present and the Historical Journal. The products of his long-term research on the career of Robert Rich, 2nd Earl of Warwick (1587-1658) are now appearing in print while he is also engaged in the edition of sources for the 1640s. His specialist areas of research cover early Stuart Parliamentary politics, the economic fortunes of  landowners and the development of English colonisation in the Caribbean and New England. He would be delighted to supervise postgraduate research in these areas.