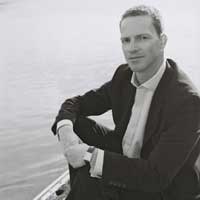 Graham Stewart is a tutor, supervising dissertations for Buckingham’s Military History MA programme, as well as being a specialist in twentieth century British politics.  He is also the official historian of The Times newspaper.  His publications on inter-war and wartime history include Burying Caesar: Churchill, Chamberlain and the Battle for the Tory Party (Weidenfeld & Nicolson, 1999) and His Finest Hours: the war speeches of Winston Churchill (Quercus, 2007).  Friendship & Betrayal: Ambition and the Limits of Loyalty (Weidenfeld & Nicolson, 2007) was described in The Spectator as pointing “towards a new way forward for political biography” and was nominated for the Orwell Prize.   He is also author of the seventh volume of The Times’s official history, The Murdoch Years, and of a two thousand year survey of primary source material in Britannia: 100 Documents That Shaped a Nation (Atlantic Books 2011).  He has recently published Bang! A History of Britain in the 1980s (London: Atlantic Books, 2013).

Dr Stewart received his MA in Modern History from St Andrews University and his PhD from Cambridge University.  His work has also been published in the Historical Journal, The Spectator, the Literary Review, The Times and The Independent.