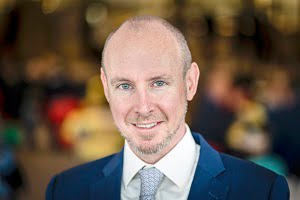 The University of Buckingham welcomes Daniel Hannan as a visiting lecturer.

Daniel is an author, columnist, and former Member of the European Parliament. He is on the UK Board of Trade and writes weekly columns in The Sunday Telegraph and The Washington Examiner. Topics of specialism include the development of constitutional liberty and the link between economic and political freedom.

He is the author of nine books, including New York Times bestseller ‘Inventing Freedom: How the English-Speaking Peoples Made the Modern World’, and Sunday Times bestseller ‘Vote Leave’. His latest book is ‘What Next: How to get the best from Brexit’.

Over the next year, Daniel will be teaching each week on areas such as the Economics of Europe, Political Communication, Government and Politics of UK and USA, Freedom, and History of Economic Thought.

Commenting on his new role at the University, Daniel said, ‘Buckingham an incredibly ambitious and forward-looking University. It has a hunger that is rare in the sector, and it attracts the most interesting and exciting people in the business. You won’t find many vice-chancellors with such a sense of vision. It’s great to be part of the team, and to play a part in kindling students’ sense of excitement and enthusiasm.’