62nd Annual Meeting of the Renaissance Society of America (April 2016) 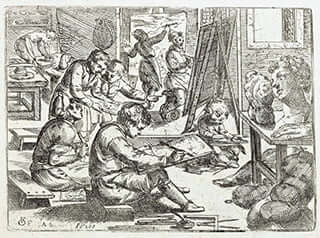 Dr Adriano Aymonino will give a paper at the 62nd Annual Meeting of the Renaissance Society of America (Boston, 31 March–2 April 2016): “From practice to theory: the role of the Antique in Italian Renaissance workshops”.  Here is the abstract of the paper:

The copy of the Antique has been a central practice in Renaissance workshops from the 15th century onwards. Initially intended as a practical resource for teaching how to represent the human figure, from the 16th century classical sculpture assumed an increasingly theoretical role in instructing pupils in workshops and early academies. It served as a crucial benchmark for perfected anatomy, harmonic proportions and ideal beauty. This comparative paper investigates the reasons behind this process of idealisation of the Antique, eventually codified in the curricula of the Italian and French academies. By examining both archival and visual evidence on workshop practices in parallel with the literature that first promoted the primacy of the Antique – the treatises of Gaurico, Dolce, Lomazzo, Armenini and Zuccaro – this study also explores the often fraught relationship between practice and theory in 16th-century artistic education.

More about the conference