Looking for a course? Use our course finder instead.
Faculty of Education | School of Education 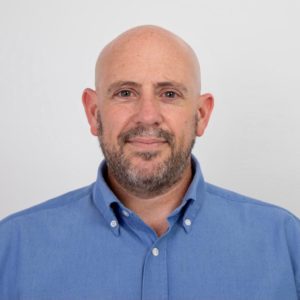 Stephen started his teaching career in 1999 and taught Geography and Business Studies in three schools in Essex as a teacher, a middle leader and senior leader between 2000 & 2010. During this time, he also completed a Masters in Educational Leadership. In 2010 he left full time teaching and started educational consultancy work and in 2013 he moved to West Africa where he spent one year as Headteacher of a football academy in Sierra Leone.

Upon his return to UK, Stephen started working for Canterbury Christ Church University on the Teach First programme in 2015 and joined the team of tutors at University of Buckingham in September 2017. As a freelance consultant, alongside this work he has also supported a number of SCITTS in the south of England as tutor and quality assurance advisor. He continued to teach in schools until July 2019 when he became a full-time member of staff at University of Buckingham.

Prior to his career in education, Stephen spent four years working in advertising for ITV between 1995 and 1999. His greatest claim to fame is that he was one of the drummers in the London 2012 Olympics opening ceremony.