Co-Director of the London-based MA in Philosophy

Raymond Tallis is a philosopher, poet, novelist and cultural critic, and a retired   physician and clinical neuroscientist. He ran a large clinical service in Hope Hospital Salford and an academic department in the University of Manchester. His research focussed on epilepsy, stroke, and neurological rehabilitation. 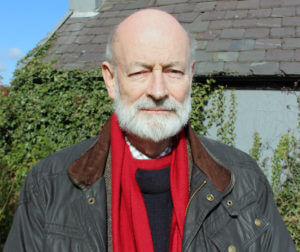 He trained in medicine at Oxford University and at St Thomas’ in London before going on to become Professor of Geriatric Medicine at the University of Manchester and a consultant physician. He was an editor and major contributor to two key textbooks in the field, The Clinical Neurology of Old Age and Textbook of Geriatric Medicine and Gerontology   and author of over 200 original scientific articles, mainly in clinical neuroscience, including papers in Nature Medicine, Brain, Lancet.  In 2000, he was elected Fellow of the Academy of Medical Sciences in recognition of his contribution to medical research. Among many prizes, he was awarded the Lord Cohen Gold Medal for Research into Ageing. He played a key part in developing guidelines for the care of stroke patients in the UK. From 2011-14 he was Chair, Healthcare Professionals for Assisted Dying (HPAD). He was a member of the Council of Royal College of Physicians between 2016 and 2019. He is a member of the criteria-setting group for the UK Research Excellence Framework 2021 in philosophy.

He has published fiction, poetry, and 30 books on the philosophy of mind, metaphysics, philosophical anthropology, and literary and cultural criticism.  Aping Mankind (2010) was reissued in 2016 as a Routledge Classic. Of Time and Lamentation. Reflections on Transience (2017; 2019) a comprehensive an inquiry into the nature of time was widely praised.  NHS SOS (2012), co-edited with Jacky Davis, examined the destructive impact of Tory policies on the NHS.  Logos. An Essay on the Mystery of the Sense-Making Animal was published in Spring 2018. His most recent volume of verse – Sunburst – was published in November 2019.

A series of 8 seminars on Humanism given in the philosophy department of Charles University Prague, has formed the basis of his most recent book, published in 2020, Seeing Ourselves. Reclaiming Humanity from God and Science.  A defence of free will – Freedom. An Impossible Reality – is due to be published in May 2021.

His current projects include Prague 22. A Book of Tenuous Connections – which is a collection of essays; and De Luce. Reflections on My Time in the Light – a philosophical autobiography.

In 2009, the Economist Intelligent Life Magazine describe him as one of the world’s leading polymaths. The critic Stuart Kelly said of him in Scotland on Sunday in 2016 that “he is one of the very few contemporary thinkers whom I would unequivocally call a genius”. He has 4 honorary degrees:  DLitt (Hull, 1997) and Litt.D. (Manchester, 2001) for contributions to the humanities; and DSc (St George’s Hospital Medical School, 2015; University of East Anglia, 2017) for contributions to research in medicine.