Looking for a course? Use our course finder instead.
Faculty of Medicine and Health Sciences | School of UG Medicine 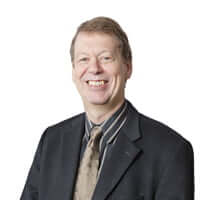 Jon was the Deputy Director of Metabolic Research for the Clore Laboratory from 2001 to 2014. He became the Dean of Science (later Dean of Science and Medicine) in January 2011. He retired from these roles in June 2014, but continues to support the research of the Clore Laboratory. He has been a personal tutor for medical students since the undergraduate medical course began in January 2015. He was awarded the title and privileges of ‘Emeritus Professor’ in the University in March 2016.

Prior to moving to Buckingham, Jon worked in drug discovery in the pharmaceutical industry. He maintained a connection with the pharmaceutical industry through various consultancies and membership of scientific advisory boards. He has also been a governor (director) of a nutrition institute and a member of scientific advisory panels for two European Union research consortia.

A full list of Jon’s publications can be found on Google Scholar.

Some of his most cited or more recent publications are: