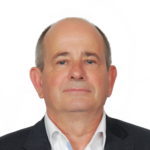 James Tooley, PhD, was appointed Vice-Chancellor at The University of Buckingham on 1st October 2020, where he is also Professor of Educational Entrepreneurship and Policy. For two decades he was professor of education policy at Newcastle University. During those two decades, he also took five years’ unpaid leave, to enable him to foster entrepreneurial projects in education in the developing world, tied to his research. He was previously an academic at the Universities of Oxford and Manchester.

James’ ground-breaking research on low-cost private education has won numerous awards; including gold prize in the first International Finance Corporation/Financial Times Private Sector Development Competition, a Templeton Prize for Free Market Solutions to Poverty, and the National Free Enterprise Award from the Institute of Economic Affairs, London. His book based on this research, The Beautiful Tree: A personal journey into how the world’s poorest are educating themselves”, (Penguin), was a best-seller in India and won the Sir Antony Fisher Memorial Prize. Other of his books include Education, War and Peace and Liberty to Learn.

James has co-founded chains of low-cost schools in Ghana (Omega Schools), India (Cadmus Education), Honduras (Cadmus Academies) and, most recently, in England (Independent Grammar Schools). He is also involved with large associations of low-cost private schools, including as Patron of the Association of Formidable Educational Development (Nigeria) and Chief Mentor of the National Independent Schools Alliance (India).

James’ work has featured in documentaries on American PBS television and the BBC. He has been described in the pages of Philanthropy magazine as “a 21st century Indiana Jones” travelling to “the remotest regions on Earth researching something that many regard as mythical: private, parent-funded schools serving the Third World poor.”

Prof Tooley is available for postgraduate supervision with students interested in areas related to educational entrepreneurship, education policy, private education, education and development, the role of government in education, comparative education, and philosophy of education. Other areas for supervision will also be considered. Please contact the Vice-Chancellor’s Office via email at vc-office@buckingham.ac.uk or phone +44 (0)1280 820227.