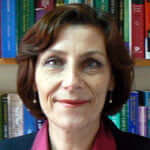 
Judith Bray graduated from King’s College London where she later went on to study for an LLM. She was called to the Bar and was in practice for a short time before going on to teach at the Inns of Court School of Law. She teaches Land Law, Equity and Trusts and Family Law. She has published widely and is author of a number of books including the popular student text-book Unlocking Land Law now in its 6th edition and A Student’s Guide to Equity and Trusts. She has made a number of appearances on television and radio in particular ‘Law in Action’ when she was interviewed on issues relating to Feudal Law and Manorial Rights. She gave evidence to the Parliamentary Justice Committee in 2014 on the future of certain overriding rights and was quoted extensively in the subsequent report. She also took part in several discussion groups with the Law Commission on the reform of financial provision on the breakdown of marriage and civil partnerships as well as inheritance provision for cohabitants and other dependents. Her research interests cover a wide range of issues including the Law of Treasure, the reform of Feudal Law, the status of informal property rights in land and the reform of financial provision on the breakdown of relationships. She was trustee of the Bedford Charity from 2007 until 2013 and continues to be a trustee of a small educational charity. She is a member of the Middle Temple and the Society of Legal Scholars and has been Director of the StreetLegal scheme in the Law School since 2014.